ELLIJAY, Ga. – Many citizens are still discussing the topics around the Flint Mountain Holdings, LLC. development project on Highway 282 this week as some voice concerns on social media or with their elected commissioners.

This week sees a small part of the development before the commissioners, our current understanding is the commercial re-zoning on this month’s agenda revolves around lake usage, such as boat storage or equipment. It is not a part of the 305 lot total development. 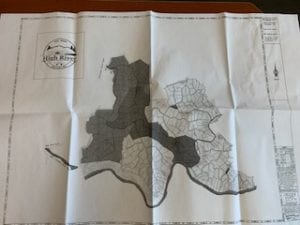 The “Whole Development Site Plan” for High River was filed with Gilmer County Planning and Zoning.

While recent months have seen the Commissioners not accept comments in meetings on Planning and Zoning, citizens can still phone their Chairman and message their Commissioners with concerns or questions. The public comments in the meetings have been skipped in recent months as legal counsel suggested the commissioners should not be holding a second planning and zoning hearing in the commissioner meetings. Indeed, some zoning issues have become equivalent to this in the past.

Despite this, citizens are taking to social media saying that they have just recently learned of the development and are wanting to voice their opinions as citizens of the county to their officials. Others are already voicing opinions on both sides, comments on FYN’s article “Flint Mountain Holdings files for 305 lot subdivision” have seen some citizens indicating they are fine with the additional large subdivision saying, “Development is a fact of life! Just hope this development will follow all guidelines & not harm our beautiful Coosawattee river!”

Others on social media are calling the development a large step away from Gilmer’s style and appeal as a smaller mountain town.

“Other projects under way in Gilmer County include Watersong Phases 1, 2 and 3 – located on Gates Chapel Road on the western side of Gilmer County, with 43 lots; and The Hammock with 88 lots sized 1 acre or larger located off Roundtop Road in the southern portion of the county.

Indeed, when questioned about current and previously approved multi-lot developments in the last 12 months, Karen Henson, Planning and Zoning Director for Gilmer County said in an email::

There are 9 multi-lot developments that currently have plans filed in Gilmer County;

All 9 of the above have been approved by the Gilmer County Planning Commission within the last 12 months according to Henson. This is only the unincorporated parts of the county as the cities have their own zoning ordinances.

Further, Henson did confirm with FYN that the development will be requiring the previously reported DRI study, mentioned in our previous article, as the total project will collectively surpass the 125 lot minimum.

Flint Mountain Holdings re-zoning for commercial use will be before the Board of Commissioners this week during their work session on Wednesday at 9:00 a.m. and Thursday during their regular meeting at 6:00 p.m. 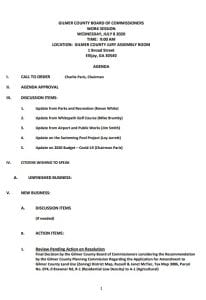 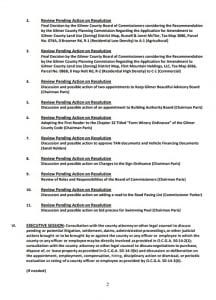 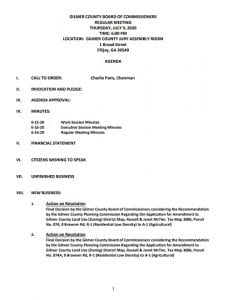 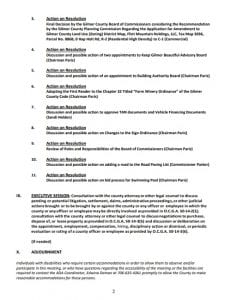