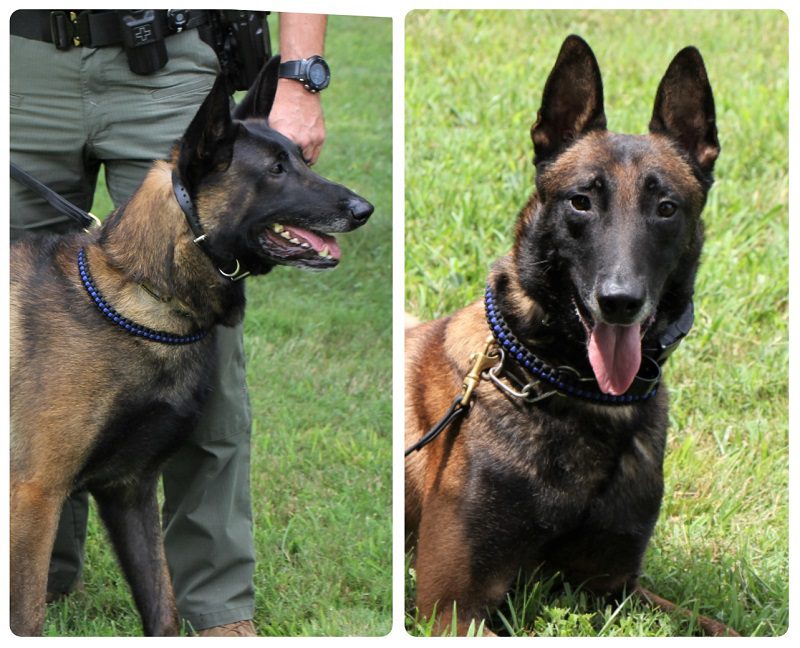 ELLIJAY, Ga. – “Invaluable.” This is the word that Gilmer County Sheriff Stacy Nicholson used to describe the K9 units when they are needed for work that he calls “apprehension.” But even that is only a third of the value that he says the Gilmer County Sheriff’s Office receives from K9 units Milo and Novak.

These are two of the Sheriff’s Office three K9 Units, the third being Arlo. Milo and Novak are more advanced in their training, though. These dogs are used daily in patrols and services by the Sheriff’s Office as Nicholson told FYN they are multi-purpose dogs. In addition to apprehension of suspects in dangerous situations, both dogs are used to detect or “sniff out” drugs and also to help in searches of lost people. 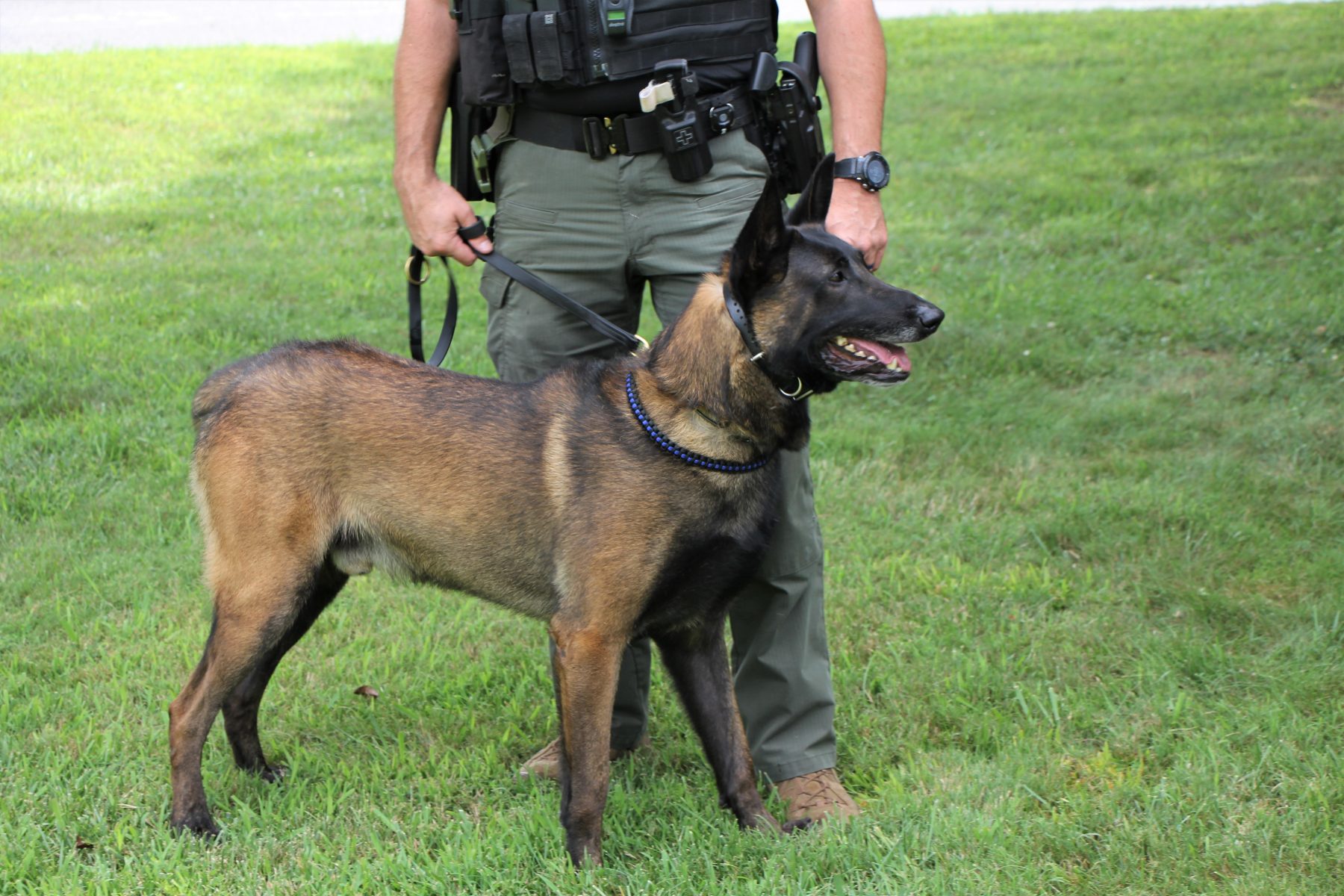 With so much of Gilmer County being forested areas, and with the Cohutta Wilderness in the county, tracking can prove to be yet another “invaluable” skill for the Sheriff’s Office.

A state organization, the Georgia Police K9 Foundation (GPK9F) has vested 112 Georgia Law Enforcement K9s within the state through its program. Now, these two dogs have been selected to receive new protective vests to wear in their service. The vests are designed to be worn as body armor for the K9 units when engaging in their work while maintaining a lighter weight.

According to LOF Defence Systems, the retailer for these items, the basic “K9 Streetfighter” vests retail for a base price of $550 each with upgrades costing more. However, GPK9F are donating the vests to Gilmer’s K9 Units, made possible through the generous donation by Kelly Bostick in memory of Richard E. Bostick, Jr.

According to a release by GPK9F, “What is unique about these K9 protective vests is they have a soft body armor specifically constructed to be lightweight. This helps protect our Law Enforcement K9s from becoming exhausted from heavier vests, which may cause overheating. In Georgia, heat indexes can reach over 100 degrees in a matter of minutes. Keeping a K9s body temperature down is crucial while they are working to avoid heat exhaustion or even a heat stroke. The fabric in the LOF Streetfighter vest helps regulate the K9’s body temperature keeping them comfortable and cool and are meant to be worn for entire shifts so that our four legged officers are protected at all times. K9 Officers unconditionally run into dangerous situations, regardless of whether or not a suspect could be armed with a lethal weapon. These vests are bullet resistant and shield the K9’s vital organs during any apprehension that may involve tracking and even, detaining a fleeing suspect before an officer can take full control. The Georgia Police K9 Foundation could not be more excited knowing we have assisted in the protection of our K9 officers against work related injuries or worse yet, death.”

LOF Defence Systems uses a special fabric to help with the cooling system as well. They state, “The StreetFighter vest also contains an inner layer of Outlast Thermal Management Systems fabric to prevent excessive heat soaking and to help regulate your K9’s body temperature keeping them comfortable and cool.” 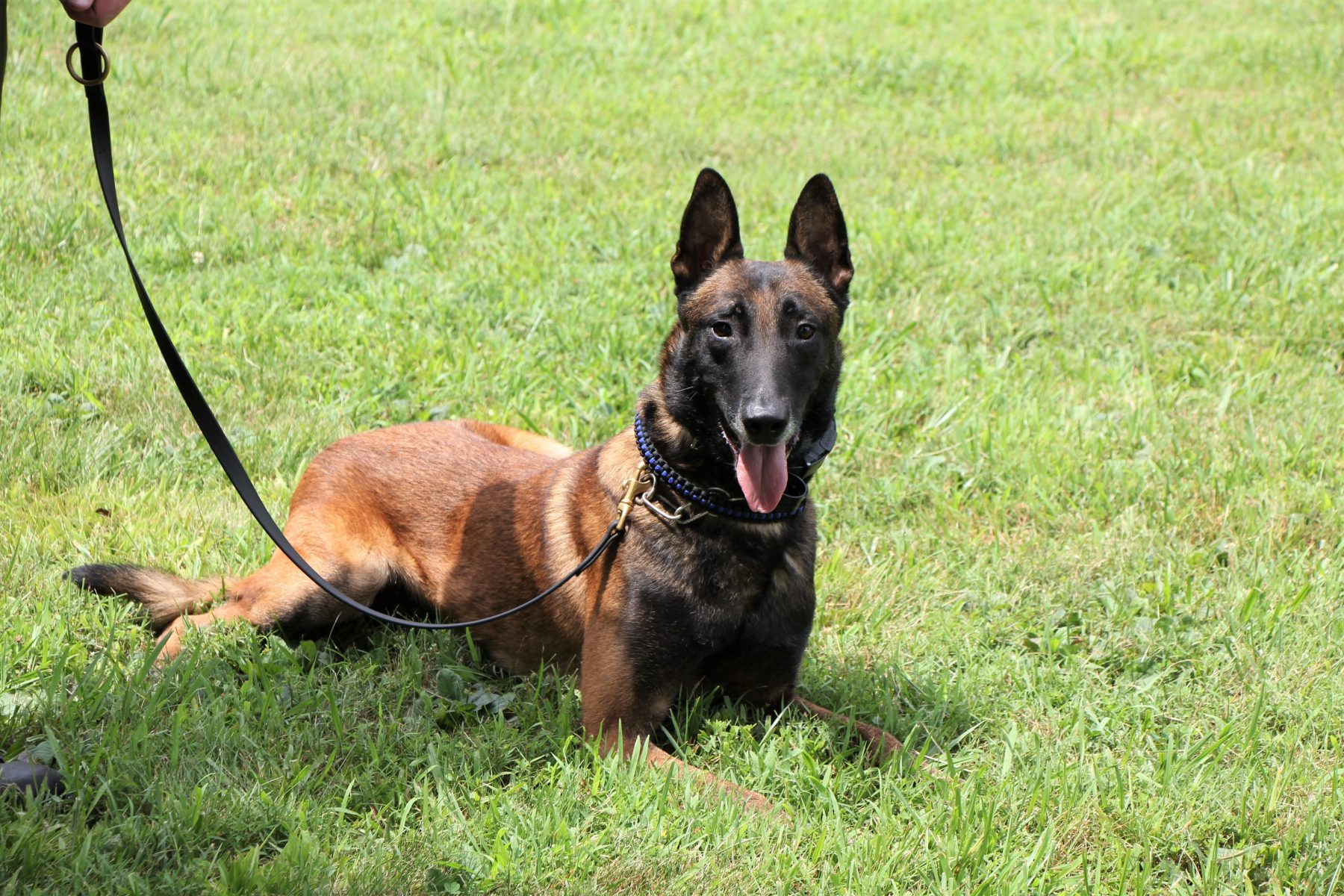 According to Kyle Briley, Founder and President of Georgia Police K9 Foundation, “Our organization is honored to have these two heroes protected in memory of Richard E. Bostick, Jr. It is through generous contributions and support that we are able to make a difference.“

While these K9 units are the ones receiving the vests, it is their handlers who may be more pleased with the upgrades. Deputy David Ridings is the handler for Milo. Ridings did, at one time, serve as handler for Novak who is now in service with Corporal Frank Parks. Parks is a familiar name of recent weeks in Gilmer County after he made an arrest during a traffic stop, discovering over a pound and a half of Meth.

GPK9F also stated in their release, “As a foundation, we want to especially thank Kelly Bostick for the generous donation in memory of Richard E. Bostick, junior to protect both K9 Novak and K9 Milo. We thank each sponsor, donor and supporter of our mission.”

According to Nicholson, the K9 program utilizes both Milo and Novak for detection, tracking, and apprehension, making them the prime candidates for the vests. They go through weekly continuous training under the guidance of their handlers, but Nicholson says the dogs do periodically attend larger training seminars as well. Eventually, he hopes to have the agency’s third dog, Arlo, trained and ready for everything that these two do as well. While Arlo is trained for detection and tracking, training and certifications for apprehension are expected to come at a later date.

Until then, it appears that Novak and Milo are the frontline in K9 unit operations in Gilmer County utilizing their new protective vests.

Georgia Police K9 Foundation (GPK9F) is an All Volunteer 501(c)3 non-profit, which helps raise awareness within the State and the local communities of the infinite contributions made by the Police K9s and how they save lives to make our communities safe. Our goal is to protect as many of Georgia’s four legged officers by providing them with safety equipment, such as, bullet-proof vests, heat alarm systems, and Naloxone (Narcan Kits) in the event a K9 is directly exposed to any opioids during a search and seizure. Once a K9 has retired, the Handler will adopt their K9 partner and best friend. In the absence of State or local retirement benefits for the K9s, GPK9F will help provide retirement support (food and medical care) for the retired law enforcement K9s, who have unconditionally served their communities for years. To date, the Georgia Police K9 Foundation has assisted over 1,000 Georgia K9s by provided 112 K9 Protection Vests, 45 Heat Alarms, 200+ Training equipment, seminars, and trainings were supplied to numerous K9 teams across the State of Georgia, and assisted 100+ Retired K9s. Read their full press release here.