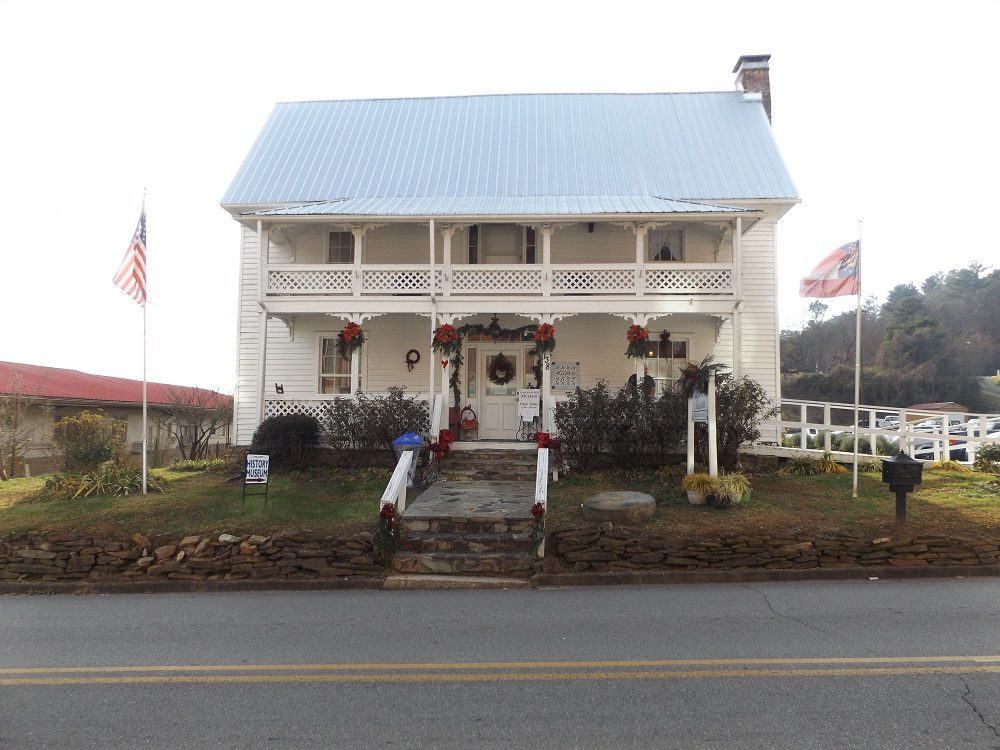 ELLIJAY, Ga. – “Why not go back into the time of the 1870’s when the Tabor family lived in the History and Civil War Museum that is now the oldest house in Ellijay.” This was the statement posted to the Tabor House’s social media about their very special celebration from the weekend.

Gathering in the house, the volunteers offered music on vairous instruments including piano, dulcimer, and guitar.

Christmas celebrations are in full swing across Gilmer County, but few are hosting civil war soldiers and homesteaders in full garb and traditions.

Employees and volunteers decided to not just tell visitors to the Tabor House on December 4, 2021, but show them exactly what Christmas was like in the time. With special guests arriving home from the war just in time for the holidays, the Tabor House played host to Civil War soldiers represented by local historical reenactors Mike Davis, Jonathan Davis, and Bobby Bradford from the Sons of the Confederacy Camp 89 as well as Jason Richards, a middle school teacher who does Civil War reenactments.

As employees gave tours in actual period garb and visitors in soldier uniforms spoke with those taking the tours, the house rang in the Christmas season. Even the outfits were not enough as they also served hot cider and snickerdoodle cookies, hung stockings, decorated a Christmas tree in the house, and played music. All of this in addition to the standard tours given at the Tabor House.

Karen Vitelli of the Tabor House said the museum has been actually preparing for the event for a couple of weeks with planning reaching back further. Coming up with the idea to include actors for members of the house was an idea she thought would help people connect, learn, and enjoy the historical side of Christmas and their time at the event. 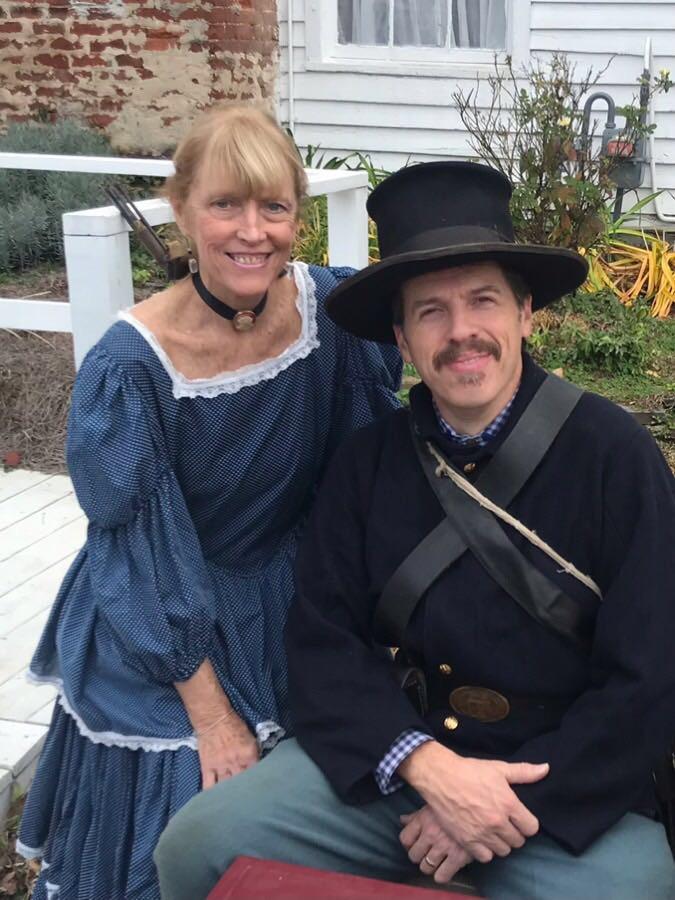 As volunteers give tours, the living history motif would not only allow visitors to connect with the information, but actually get to simulate the experience and appearance of the Tabor House’s history. As a teacher, Vitelli said that this is something she has used in her teaching as well as her time now with the museum and with other similar historical houses.

Vitelli said that people like Richards, who is also a teacher, connect with the history and have that skill to teach and share that knowledge. With dedicated volunteers like Mike and Jonathan Davis from Camp 89, their passions and energy aid in giving life to the Tabor House’s actual history with the Civil War. Volunteers, whether they help with tours in full garb or just set up or clean up, are a foundation that the museum is built on.

Richards, specifically, is well known through numerous parades in downtown Ellijay as he has lead reenactors through the parade in marching formation, periodically stopping to fire off blank shots from the soldiers rifles into the air. A small taste, this is an enjoyable moment that is barely a glimpse into the massive undertakings that reenactors give to recreating battles and life during the Civil War.

Continuing to speak about the community side of the Tabor House, Vitelli said that future plans are also continuing. She hopes to have the Civil War Soldiers return in the spring for a similar event before many of the reenactments begin in May. But achieving that comes after the Tabor House Museum’s final days of 2021 this week. Yes this Thursday and Friday are the final open tour days for the museum before it shuts down and reopens in spring of 2022. 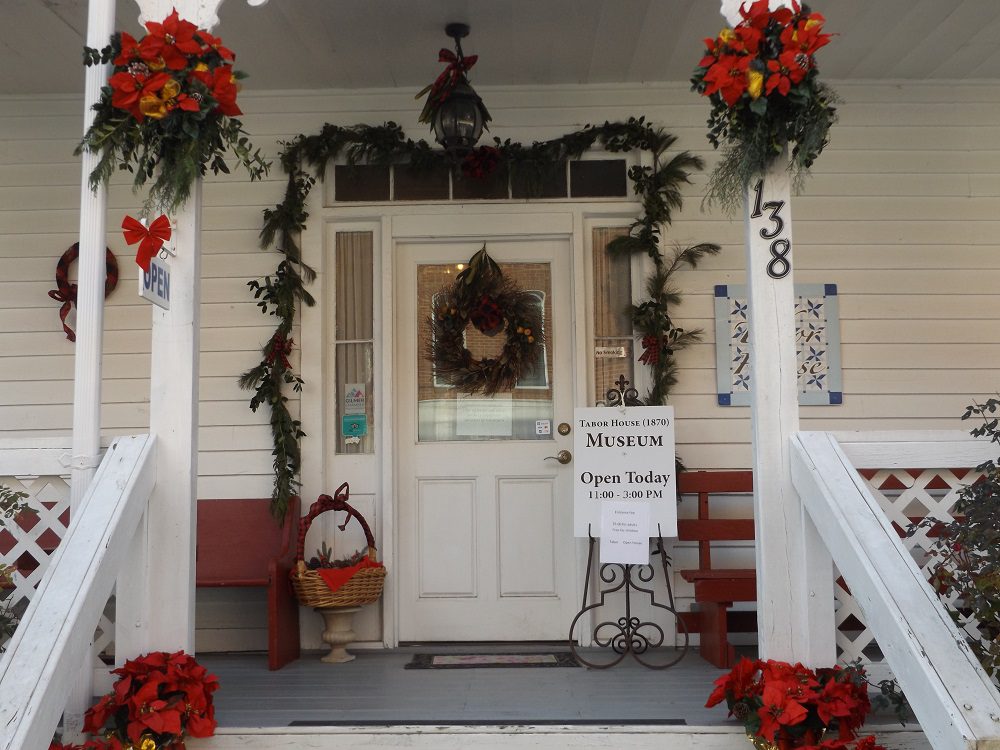 Christmas decorations adorned the Tabor House for their Christmas season and the Christmas Open House Event in December 4, 2021.

However, Vitelli said that the house itself doesn’t shutdown completely. Instead, they utilize this time to clear brush, repair certain things, reset displays, and accomplish all of the details that are need behind the scenes to continue to support the venture in the coming year. Vitelli said, “You can’t just do it by yourself. You have to have the support of the whole town.”

A support is continuing for the Tabor House from several places. Earlier this year, the Board of Commissioners voted to support the Tabor House, one of the few remaining historical sites in Ellijay, with financial support for utilities.

Vitelli also spoke about how many volunteers donate time when they can, but the house is still filling gaps in needs for the coming year. Each day brings needs, and it is through the passionate work of volunteers that make it possible, whether they are cleaning, landscaping, acting, touring, or just adapting to whatever the next job is.

They have been providing tours on Thursdays and Fridays along with the first Saturday of every month, but Vitelli has set goals to open on more Saturdays in 2022 if she can get the volunteers to support it.