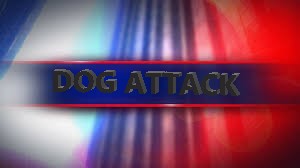 According to the Gilmer Sheriff’s Office, Kathy Sue Nichelson died from an attack by a pit bull on Goose Island Road. It is now confirmed that a second person was attacked when trying to help Nichelson, but did not receive serious injuries.

Deputies were forced to fire upon the animal, according to the Sheriff’s Press Release, killing it.

Officials are not releasing details at this time on the dog or its owner, but are assuring citizens that the investigation is continuing.

The official press release from the Gilmer Sheriff states:

A-61-year old woman died after being attacked by a Pit Bull Thursday, Sept. 28th, at 890 Goose Island Rd. The woman, identified as Kathy Sue Nichelson, was attacked shortly after arriving at the residence. A passerby saw Ms. Nichelson on the ground and stopped to render aid. The dog attacked him as well, and he escaped to his vehicle where he was able to call 911. He received non life-threatening injuries.