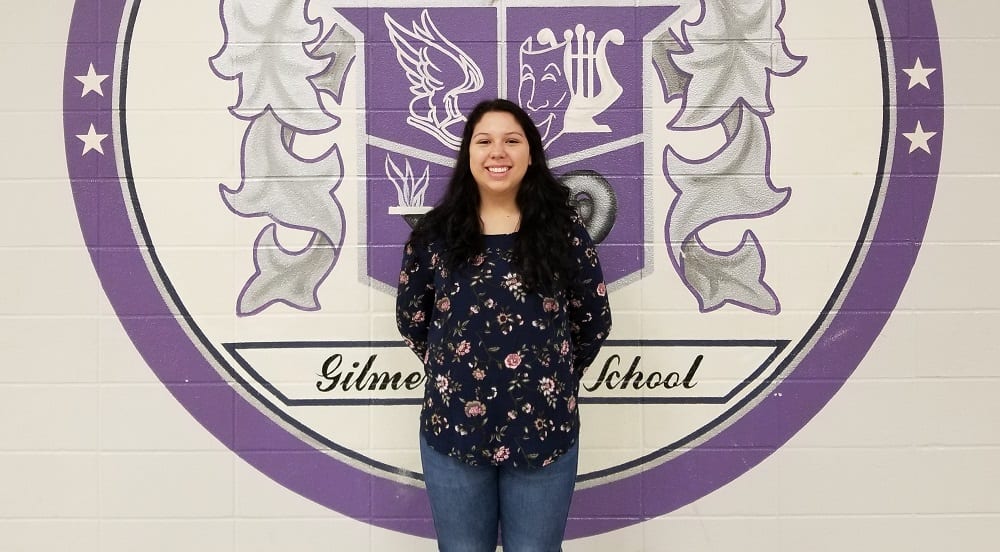 Tylea Hernandez scored 1,470 on her Scholastic Assessment Test (SAT) placing her as the top-scoring senior and obtaining the award. Locally sponsored by the Ellijay Lions Club, this award highlights Hernandez’s achievement statewide through the Professional Association of Georgia Educators (PAGE). The award also has Hernandez name a teacher to accompany her in recognition of the Student Teacher Achievement Recognition (STAR) award.

Naming Mr. Michael Crocker, a former mathematics teacher at Clear Creek Middle School, as her STAR Teacher, he will follow along with Hernandez through continued competition at every level of the program.

STAR begins each year in participating Georgia high schools when the STAR Student is named and chooses a STAR Teacher to share in this recognition. The students and their teachers are honored by their schools and receive special recognition in their communities from one of the more than 165 statewide civic organizations and businesses that serve as local sponsors of the STAR program.

Hernandez will now compete for school system recognition as the top STAR Student, and those winners compete for
region honors. Region winners contend for the honor of being named state PAGE STAR Student.

Hernandez is hoping to attend Emory University to major in psychology after high school. Hoping to become a psychiatrist, Hernandez also has plans for medical school after Emory. She has already applied and hopes to know for sure in April. On the award, she said, “It’s surprising, but it’s nice to be awarded.”

After taking the SAT three times over the last two years, she told FetchYourNews, “My goal was to get a 1,400 on the SAT, and I didn’t really realize how high of a score that was. So, I wasn’t really expecting STAR Student.” She said taking the test several times helped her achieve higher every time she did it.

Since its creation by the Georgia Chamber of Commerce in 1958, the STAR program has honored nearly 26,500 students and the teachers selected as the most influential to their academic achievement. High school seniors must have the highest score on a single test date on the SAT and be in the top 10 percent or top 10 students of their class based on grade point average to qualify for STAR nomination.