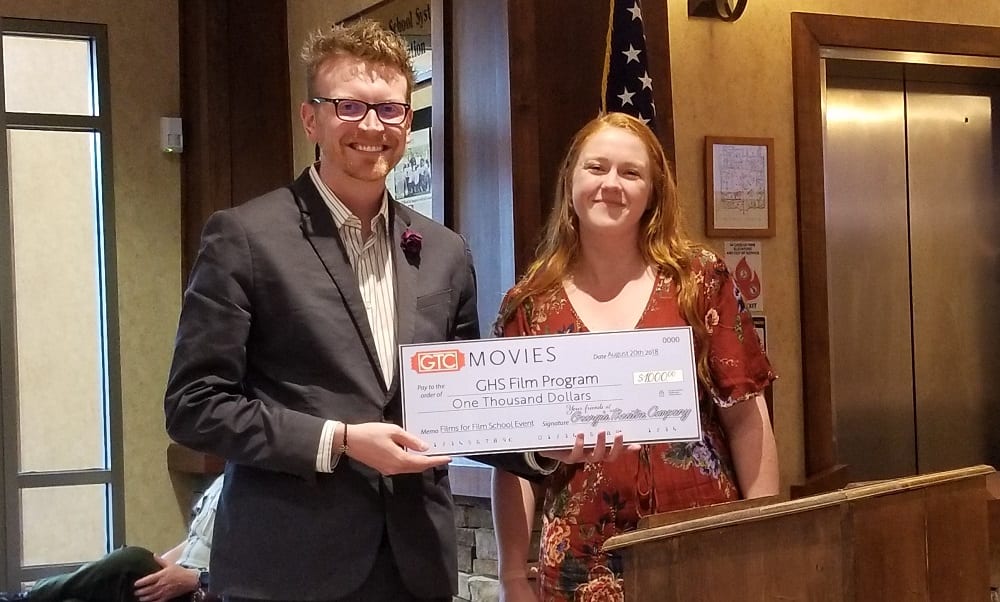 Ellijay, Ga. – The GHS Film program has cause to celebrate this week as they have received a $1,000 donation from the Georgia Theater Company, owners of Mountain Cinemas who held a special day for them in June at their grand opening.

The day was held specially to celebrate the theater’s opening, but is a part of a larger program that occurs every year where theater managers like Mountain Cinemas’ Lauren Chastain get to choose a cause they want to donate proceeds towards.

FYN caught up with Film Program Instructor Nathan Sutton to ask what the donation means. He replied, “We’re incredibly thankful for this donation. While our department does a wonderful job at providing needs and wants, it’s always nice to have money in the account to cover those spur of the moment fixes for cameras, tripods, and microphones.”

Sutton has far more plans for the donation than saving some for maintenance costs, though. He went on to say, “Personally, I’m a big proponent of the notion that the students are what make this class and this program. So, I’ll be sitting down with some of my after-school students and we’ll discuss what direction we want to go, what we want to spend where, and really let them be involved in the process because this has always been their class and their program after all.”

Connecting a movie cinema with a film program seems like a match made in heaven as they fuel tomorrow’s directors, writers, costume designers, cameramen, and others, completing a cycle into the future of film. Gilmer County Charter School Superintendent Dr. Shanna Downs commented on the donation saying, “I am pleased that a business that is new to our community is taking an interest in this aspect of our high school program.”

While Sutton said the money will be discussed with students on how to use it, he did note that one project the film program has had is to convert some connecting rooms into writing rooms. “We have some extra rooms attached to our primary class and we’re looking at creating “writing rooms” so that student groups can go in and have a space to work, brainstorm, and discuss their short films in a more peaceful, group-centric setting.”

While the exact usage is still up in the air, the program continues to grow in the community as this year saw the second GHS Film awards in the spring. Now that a new school year has begun, we expect to see even more from this year’s coming awards show.

I am pleased that a business that is new to our community is taking an interest in this aspect of our high school program.