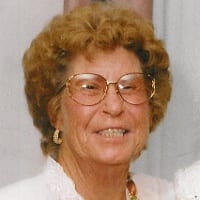 Mrs. Brown was born November 19, 1933, in Douglas Georgia the daughter of the late Garvin Garfield and Ollie Mae Mills Willard. She was a homemaker and was preceded in death by her husband, Frank A. Brown and son, John Brown.

Graveside services will be held Saturday, August 17, 2019, at 10:00 am, from the Holly Hills Memorial Park in Jacksonville, FL.

In lieu of flowers donations may be made to the American Cancer Society in memory of Mrs. Brown.

On-line condolences may be made at www.bernhardtfh.com.