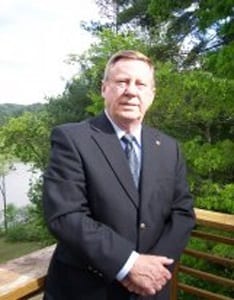 “I feel I bring maturity and experience to the board.” In his own words, Post 1 Commissioner Candidate Jerry Tuso explains why he qualified and is running for the position.

The experience he brings also comes from when he was Chairman of Planning and Zoning in Hurst, Texas for three years, a town of 50,000 population, Labor Relations Manager for Crown Cork and Seal for three years, and Senior Agent for the State of Georgia DFCS (Division of Family and Children Services) for three years.

Tuso said he wants to bring this experience forward to the Gilmer County Board of Commissioners and its recent growth over the years. He explained that while growth is inevitable, it should inevitably be done correctly. Through continued oversight in the county, the citizens’ money should be protected and guarded. Tuso said, “We have to be very responsible with our debt, with the additional possible liabilities that we take over.”

Tuso said he wanted to continue to focus on roads in the county. As the more pending situation alongside the debt, these responsibilities have to be addressed before taking on extras. With proper assistance, Tuso said the county has responsible builders and the growth we see could be a win-win situation.

Addressing the specific issue of Carters Lake, Tuso said he doesn’t see additional benefit with the county paying the cost without improving recreation for the county. He said, “I think we have to be very cautious every time the federal government wants to bequeath something to you.” Tuso wants more details to find the “strings attached.”

Additionally, Tuso spoke on the pool as he said its necessary to have different types of athletics situations for the youth. The pool is such an instance, but also serves for the older population who could use it for exercise and aerobics class possibilities. He did state that he wants to look further into funding sources saying, “I would have to be convinced first that we have exhausted all the grants at the same time.” He went on to say that he is comfortable with the county continuing to set aside money each year as long as they continue exhausting the grant opportunities.

Speaking on the more day-to-day operations, he was more focused on a support role saying, “There should be more emphasis in assisting the Chairman, supporting the Chairman, than attempting to lead.” Tuso wants to focus on the most widely productive and widely used options in the county’s future. He said you can’t exclude any portion of the county, but we have to focus on projects and operations with the greatest and most widespread benefits.

Stepping into the position if elected, Jerry Tuso pointed to the community  and its attitude as his biggest excitement for the job, saying, “That’s indicative that we are doing things right, and I want to continue to do things correctly and right. I think I have a good eye for the proper growth in the county. That’s where I would like to concentrate.”

Tuso celebrated the recent expansion of the water system to more parts of the county. He wants to continue these types of expansions even further to more residential areas as well. Achieving goals like this is not something any entity can do alone. We need each other and should continue to increase our cooperation. He said he wants to consider joint meetings.  With relationships growing through the Joint Comprehensive Plan, Tuso said they should open the door to ideas like this. Continuing to improve those relationships even further in new ways that have never been done before. Connecting in these ways can only further support other needs like jobs and housing.

Growth requires insight, balance, and a tempering to the type of county you want to be. As a candidate, Jerry Tuso said he believes he has that insight. He has the experience and maturity to temper that growth and to provide the support and guidance into Gilmer County’s future. Tuso said, “People have asked me why I am running again. I am running again because I think there is more to be done.”