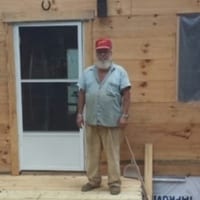 Mr. Burleson was born, June 27, 1947 in Gilmer County, the son of the late Ed and Gladys Lewis Burleson.  He was a 1966 graduate of Gilmer High School and Pickens Tech, served in the US Air Force and worked as a senior mechanic at Carters Lake powerhouse. He was preceded in death by his wife Lois Bailey Burleson.

Funeral services will be held Friday at 2:00 pm from the chapel of Bernhardt Funeral Home with Rev. Ronnie Ray officiating. Interment will be in the Yukon cemetery with military rites by the North Georgia Honor Guard.

The family will meet with friends Thursday from 3:00 until 8; 00 pm at the funeral home.