EAST ELLIJAY, Ga. – Preparing for the coming year, Gilmer’s Board of Education has approved a calendar for the school system and the board in December’s meetings. That calendar now reaches two years into the future.

The new year comes with expected changes as the previous calendar approved by the board saw them approve an option different than the most popular voted calendar. Additionally, in February the board had already begun some discussions to prepare for calendars spanning multiple years.

This month, with the end of the first semester of the 2021-22 school year, the board has already approved the calendar for its next two years. The approved calendar sees the same start date of August 8 for both years.  The first day of the second semester starts on the first Friday of January. 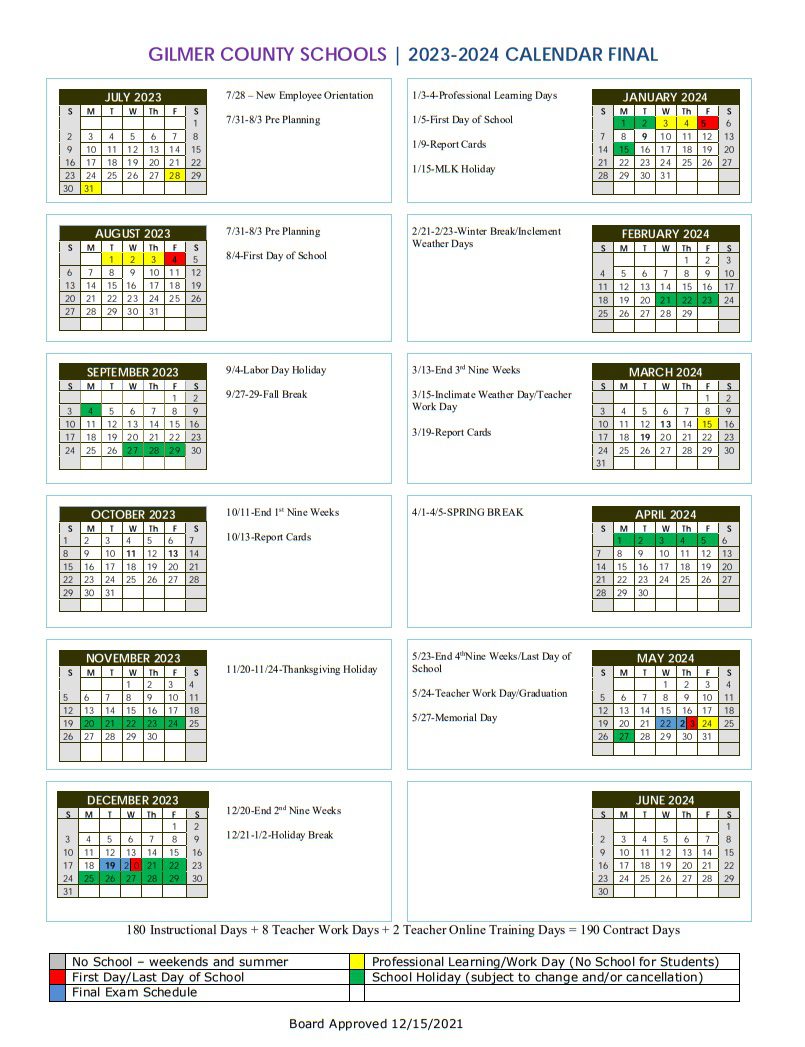 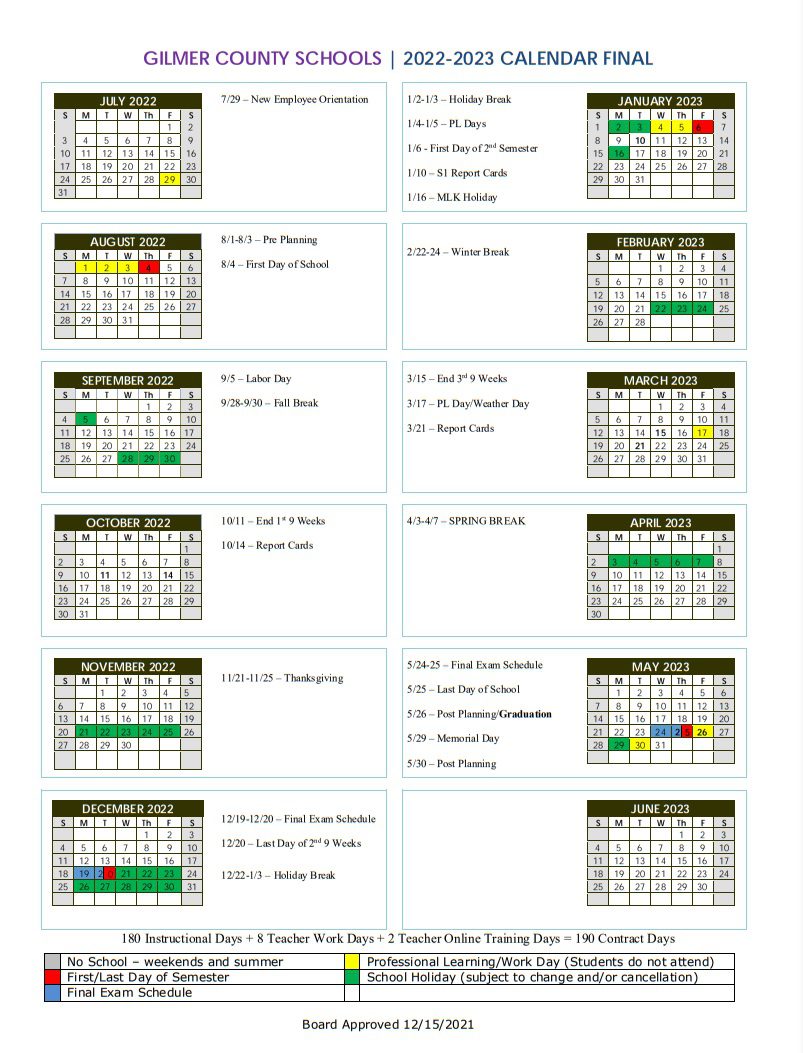 Unanimously approved by the board, the calendars are officially adopted for use and the community now has two years head start on the schools calendars. Superintendent Dr. Brian Ridley said that he had discussed the calendars with not only stakeholders and his own team but with “local business leaders and the Chamber of Commerce.”

Dr. Ridley also noted that the calendar will align with the boards reclassification schedule so that every two years, as the board reclassifies itself, it will also create a new two year calendar. For the community this means that next year will not see two years ahead again, but rather will likely finish half of the 2022-23 calendar before the next two year calendar is approved. 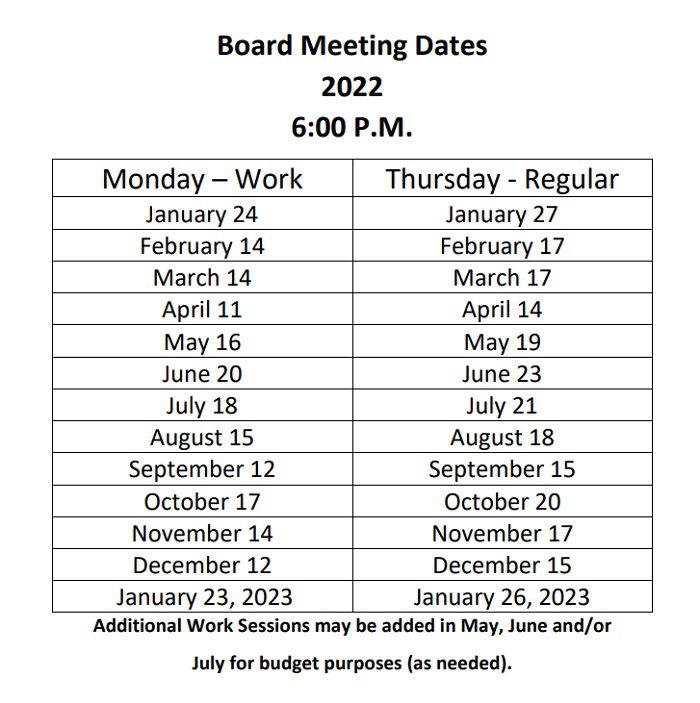 Along with the school years, another calendar saw approval this month. As the end of the year approaches, the board has set and now approved unanimously the meeting dates for the Board of Education for 2022. Reaching through 2022 and including January of 2023, the board meeting dates are published for the community. Though the board can alter a few meetings as needed, GHSA does limit how many times this can occur. Additionally, the board can call special meeting or emergency meetings as they have done in the past.

Typically, these meetings follow the path of meeting on the third Thursday of the month for the Regular Meeting and holding the Work session on the Monday of the same week before the Regular Session. With a few variations set in for holidays and events, the board  followed this meeting schedule for years.

With both calendars officially approved, the county is moving along and, barring a special session, will not meet again until January 24.