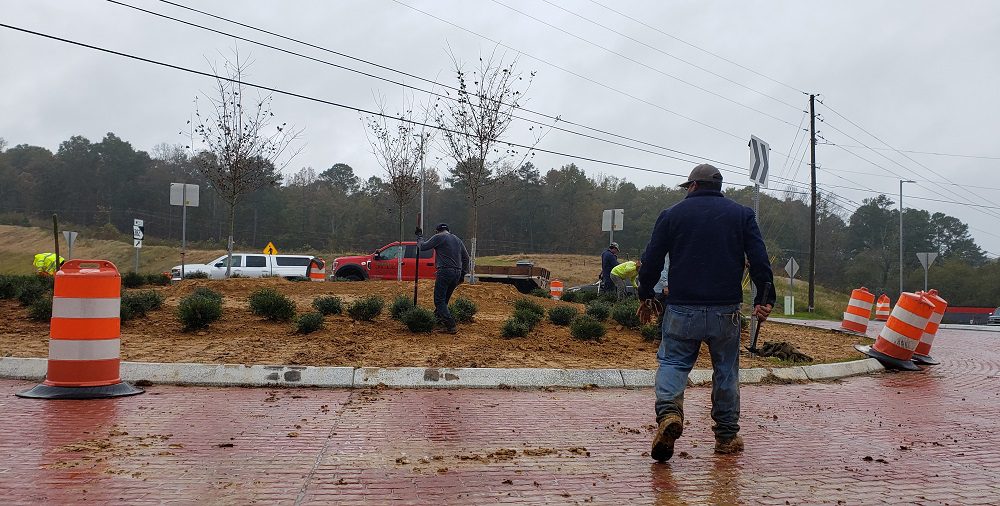 ELLIJAY, Ga. – Gilmer County’s newest roundabout has hit two new milestones in the project as it continues along the over $8 million project. 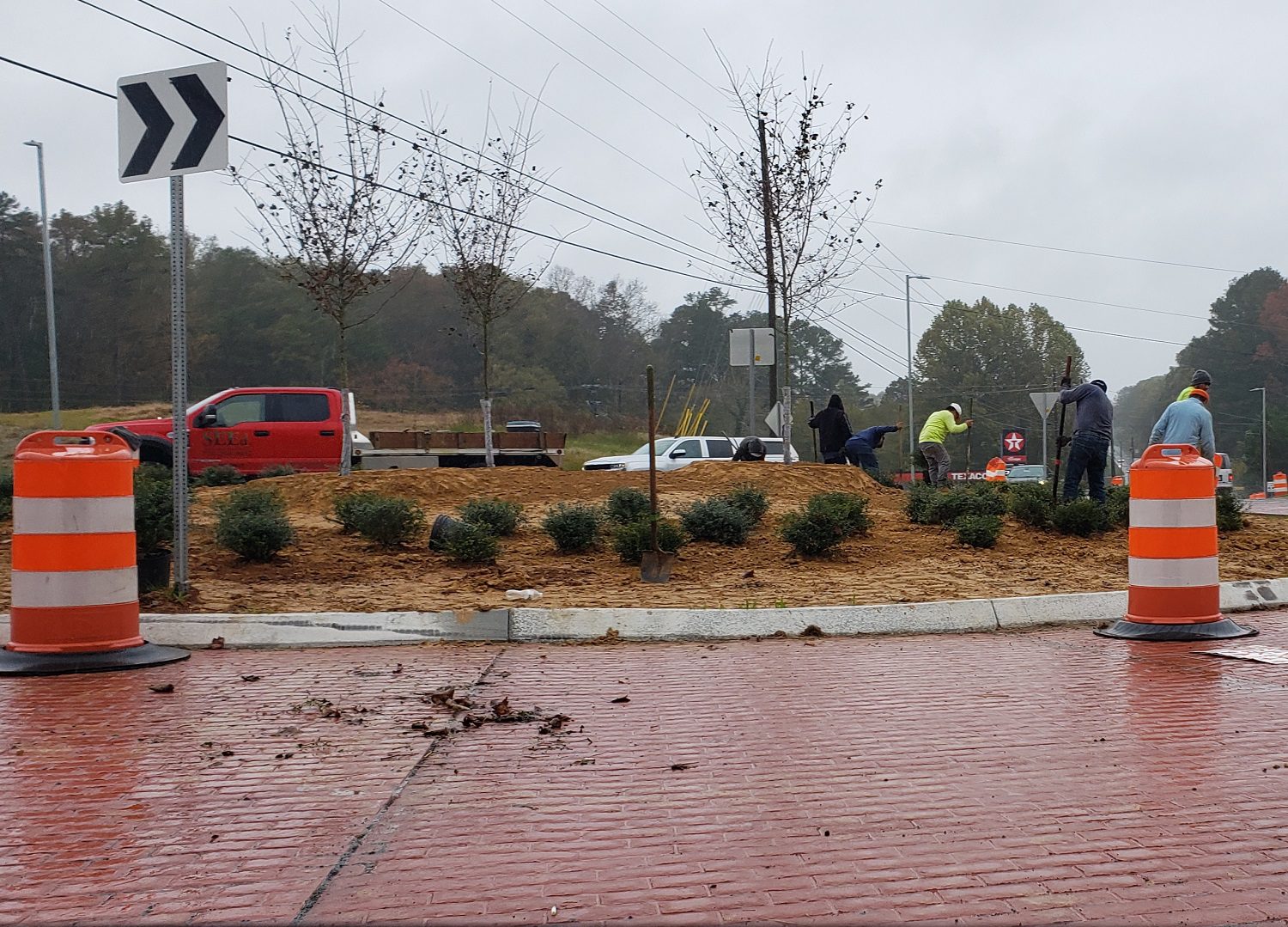 Despite a light rain shower, work continues on the landscaping for the 382 roundabout project on Friday, October 29, 2021.

With the rainy end to the week leading up to Halloween, the Georgia Department of Transportation’s Highway 382 connector project continued with minor additions. While the project has seen the demolition of the old section of 382 reach its very last stages, the main roundabout section is still seeing continuations.

Consistent rain has seen issues for the project, but this week saw workers on the roundabout planting shrubs and small trees despite the a light shower ongoing on Friday, October 29, 2021.

In addition to the interior of the roundabout, work continues for guardrails, road work, and lighting in the area among other things.

The project is already past its original estimated completion date, but could still see completion before Thanksgiving.

Safety equipment is still in use for the construction project as lighting has yet to be turned on for the roundabout.

While the lighting is still yet to be turned on, the orange barrels and constructions signs remain to highlight the roundabout for drivers in the night. Additionally, the same is true for the Highway 515 intersection and barrels remaining in the area with the speed  limit remaining at 55 passing the connector.

Drivers are cautioned to remain aware of the new intersection and the use of the U-Turn lanes being utilized by drivers wishing to turn back towards Ellijay from Highway 382.

According to the Georgia Department of Transportation, the use of these u-turns instead of a direct left turn should help cut down on major accidents and drivers being struck in the side as they have seen in areas with low visibility and drivers crossing multiple lanes of traffic.