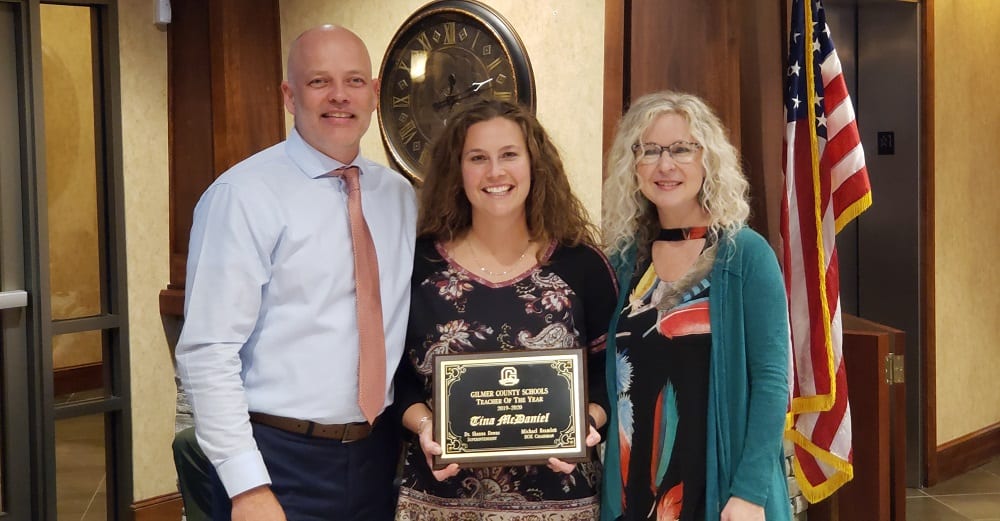 ELLIJAY, Ga. – Announcing the 2019 Teacher of the Year, Gilmer County’s Board of Education celebrated the award during their November meetings as they named Tina McDaniel as recipient.

Administration actually surprised McDaniel in first period Science class a week before they announced her during their meeting. McDaniel said she couldn’t believe that she had been named Teacher of the Year as the surprise came early in the morning. The celebration brought smiles to both the teacher and her first period students who shared cake with their teacher during the surprise.

McDaniel has been teaching for 16 years now. Her first year she taught 7th Grade Science and Social Studies, but the last 15 years have been spent in 6th Grade Science and is currently a PLC Leader. She was named Clear Creek Middle School’s Teacher of the Year in October where she was described as “greeting everyone on a daily basis with a warm and welcoming smile, inspires all students to learn through engaging hands-on activities, very well respected by her colleagues, and spends time in the community by being a soft ball and basketball coach for Gilmer Parks and Recreation.”