ELLIJAY, Ga. – Looking at record setting festivals like 2016, a single weekend reaching about 26,000 people visiting the Apple Festival, according to the Gilmer Chamber,  may not seem like a record setting weekend. But the record comes from spending according to vendor reports that Chamber President and CEO Jennifer Grimmer shared with FYN.

Friday saw the Apple Festival Parade kick off the grand return to the annual event with its Golden Year theme to celebrate this being the 50th Annual Georgia Apple Festival. A somewhat shorter parade than usual was held in downtown Ellijay, at 6:00 p.m., as the parade followed its usual path up River Street, around the square, and down North Main Street. However, Grimmer said the quality of many of the floats have hit a high point this year, making the decisions for awards even harder. 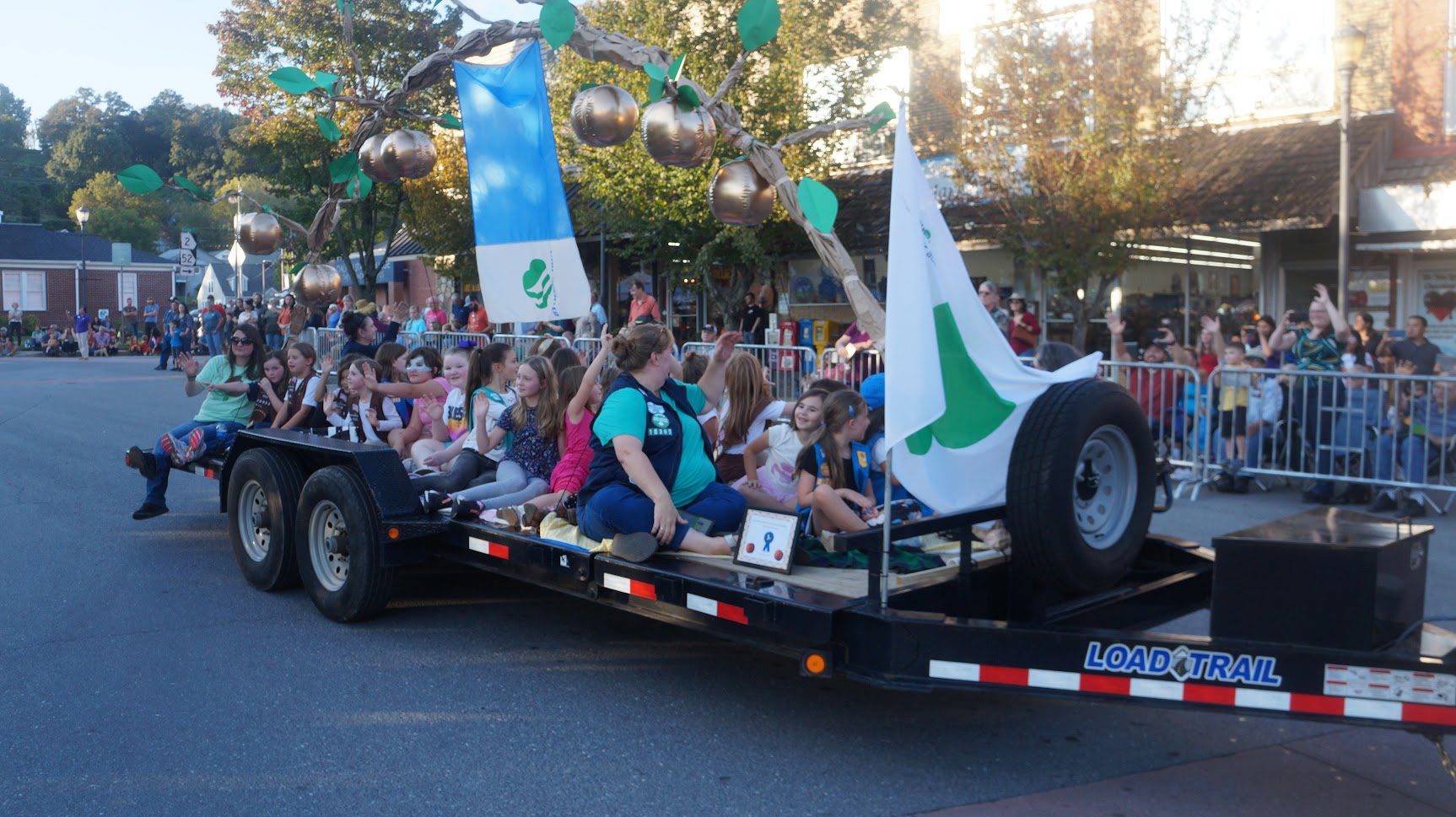 First place winners in the parade floats, the Girl Scouts of America.

Those winners included the Girl Scouts in First Place, Artful Provisions in Second Place, and the Gilmer Animal Shelter in Third Place.

Grimmer also said that the Chamber may look to changing the day and time of the parade again next year, but will be looking for input from citizens and vendors on what day and time they feel would be better.

The festival commenced the day after the parade as vendors opened up to a very foggy morning on Saturday to officially open the gate for the return to festival days.

With many other surrounding county’s festivals like the Marble Festival in Pickens County cancelled again this year, thoughts were that attendance could increase this year. But within the first two days of the festival, the Chambers records report roughly 26,000 attendees came through the festivals fairgrounds. While many of these also visited downtown, many more attend the festival’s extension and secondary location called Apple Arts. With no gate or counter, there isn’t an estimate for how many attended Apple Arts that did not attend the festival on the fairgrounds. Grimmer noted that the Chamber is happy with the 26,000 attendees. Though it is not a record setting attendance weekend.

“We had an absolutely amazing weekend,” said Grimmer as she shared the attendance numbers. She explained her excitement as she also shared a report from the festival vendors. Many vendors reported sales not only increased over recent years, but exploded into unforeseen numbers. Many vendors sold out of their entire stock of merchandise in just two days or less. What they brought with them to last for two weekends did not even survive two days of this year’s festival. 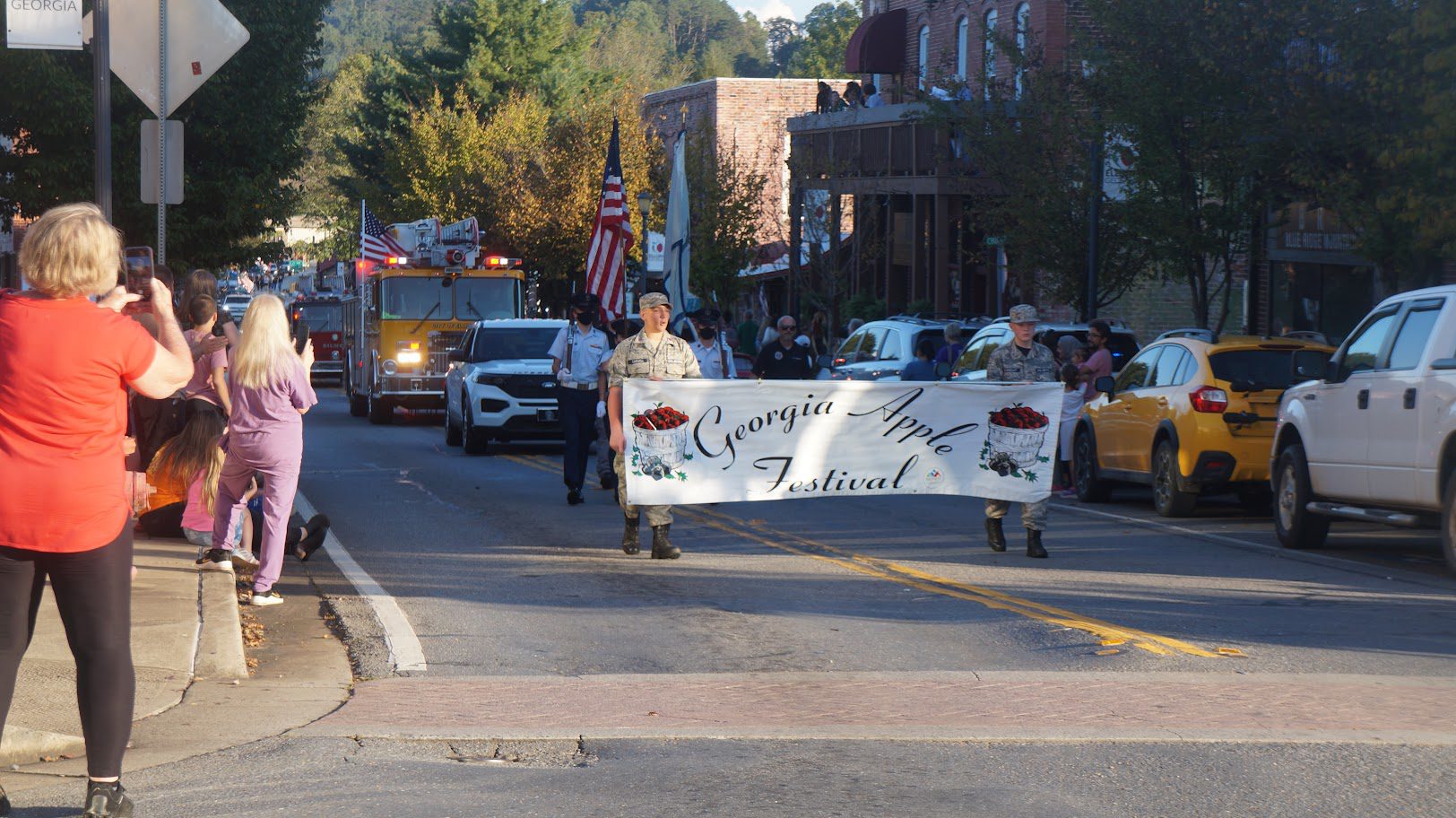 Even the local apple houses were feeling the demand as Grimmer reported one of the apple houses had to go mid-day to resupply and bring more apples to the fairground.

When asked, Grimmer said that yes, a few vendors said they would be unable to return next weekend because they simply don’t have or cannot get enough stock by then. Many others reported that they would be spending five days in full production mode and searching for supplies to return this Saturday to continue providing for demand. Many vendors reported this has been either their best or among their best weekends ever. The fairgrounds were not exclusive to this either as Apple Arts in Downtown shared similar stories from all of its vendors.

Grimmer surveyed as many vendors as she could to garner the response and experiences of this return to the event. Sharing the report of one vendor who has been at the festival for 20 years, Grimmer said, “He usually doesn’t make a sale until after lunch and he had people at his booth at 9:02 buying.”

Grimmer also explained how this translates to locals. In addition to sales for vendors, many of which are local artisans, local organizations and non-profits are feeling the increase with donations and things like parking lots and exposure through the festival. From the Lion’s Club to Boys and Girls Club and Boy Scouts, all are benefitting from the return of the festival. Of course the businesses are benefitting from the overflow through restaurants and local merchants. Grimmer shared a report from Misty Hollow experiencing “the third highest day ever.” 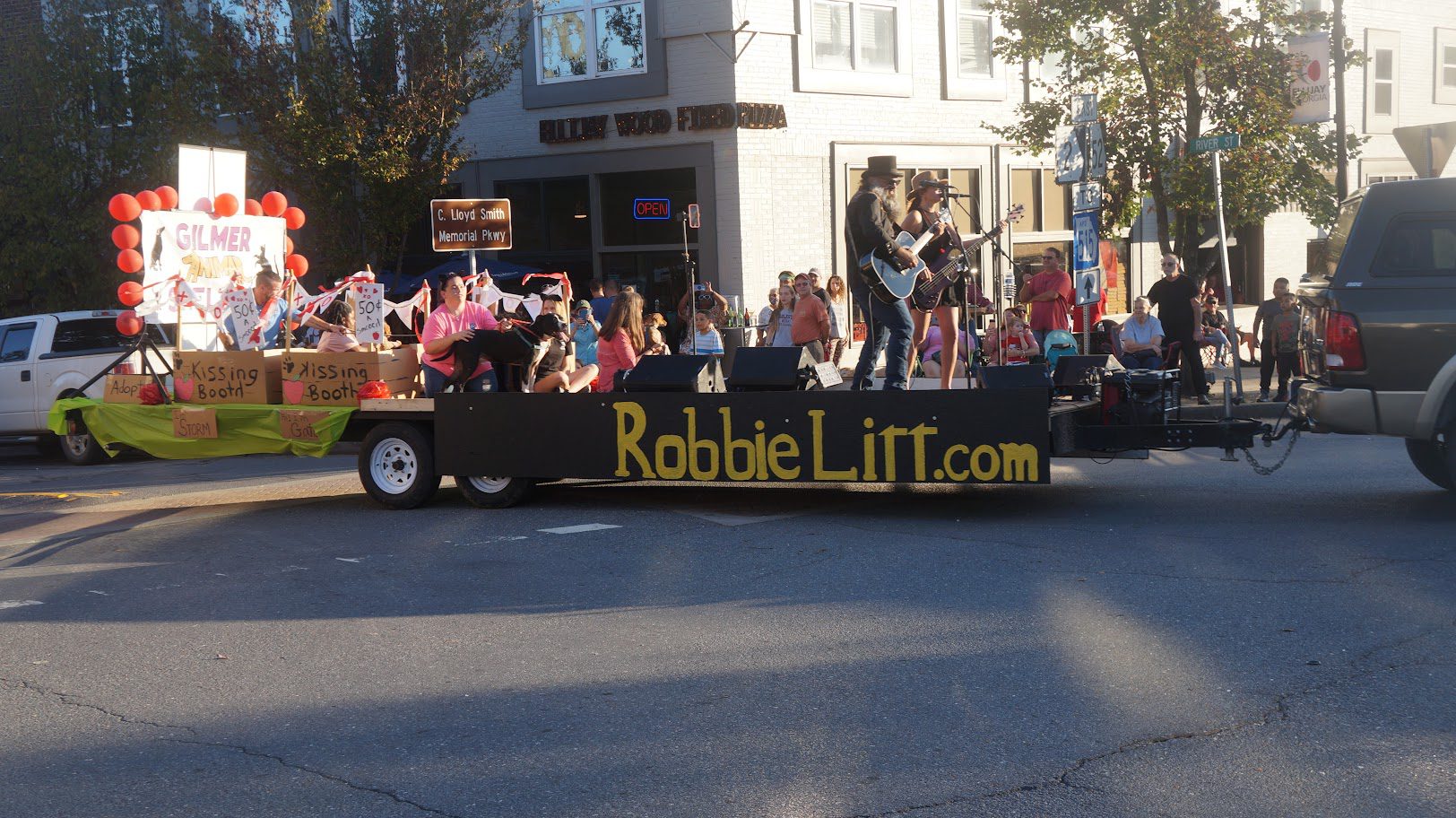 So much business was being done that the Chamber experienced its own issues from trying to maintain the ATMs and refilling the machines and even had a short time when they ran out of $20 bills from most of the machines.

Surveying the vast majority of the vendors, she said that not one single vendor said they were disappointed or experiencing a down time.

Grimmer said their was some overwhelming feelings, but said that thanks to the staff helping out, volunteers running smoothly, and the return of former President Paige Hutto returning as a consultant, the festival has run smoothly and addressed issues to allow the success that it has seen. She even noted and said she’s been very thankful to how the community is working together. Vendors willingness to spread out in aid of social distancing and volunteers stepping to fill needs were just some of the things. Grimmer also said she has been really thankful that a couple vendors called ahead and though they had to cancel last minute, she said she was very proud of vendors saying they could have had a positive exposure and probably shouldn’t attend. 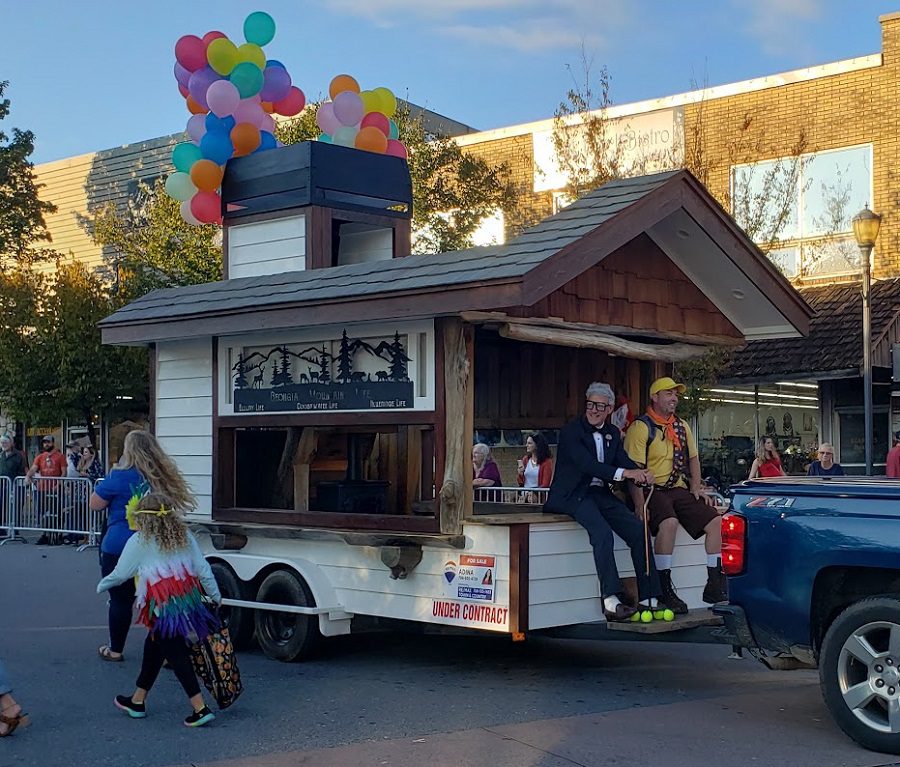 Even the house from the movie “UP” finds its way into Ellijay for the 50th Annual Apple Festival’s parade in downtown Ellijay.

But local community is a part of the efforts, too. Some locals are still staying at home to avoid the traffic and crowds, but many have been seen at both the fairgrounds and downtown, attending the parades, signing up to volunteer, signing up for the car show, participating in the 5k, dealing with the traffic, and continuing to support the Chamber and the annual event in all of its forms and outside programs.

The Chamber isn’t sitting on the success though. Grimmer noted that most of the Chamber staff don’t have a single day off between October 4 and October 22. What may seem strange is that while most of the time is spent continuing to deal with and prepare for the second weekend, some of this time is already preparing for next year. Taking notes and sharing ideas, Grimmer said that the Chamber is already looking at things that could be better done and are looking for public input like the parade times and working alongside the school system, the county, and its people.