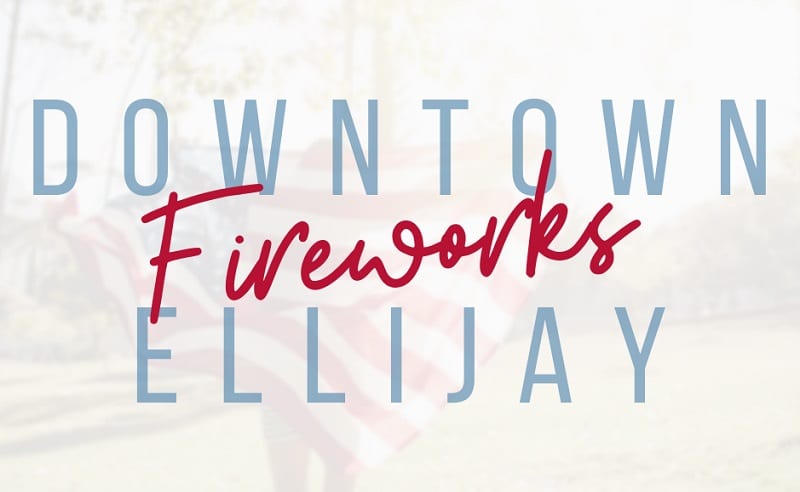 ELLIJAY, Ga. – The City of Ellijay is offering a few updates to its Fourth of July Celebration this year with an official start time and clarification on viewing.

According to Gilmer Chamber President/CEO Paige Hutto, the fireworks for this year’s celebration are starting at 8:45 p.m. As previously reported, they will be launched from the area behind Ellijay Elementary School. These details are very similar to previous years for the celebration.

However, other details are coming brand new this year. The city is trying to take steps forward this year as they attempt to improve awareness and marketing for the celebration in addition to providing options for citizens wishing to continue social distancing.

The Chamber has been updating citizens in that area. like their post last week about the fireworks display saying, “the awesome folks at the City of Ellijay are working out specifics on how to keep our citizens safe during the fireworks show.”

Hutto clarified that while meetings are being held over details for safety and viewing zones, they are not currently closing off areas. Hutto explained that the city is not trying to set places where you can or cannot watch from, but rather finding options for viewing to help the crowds spread out, and seeking ideas so that everyone can enjoy the show safely.

She confirmed that city officials have been talking about this event for some time and making decisions to provide for citizens and that the Chamber is dedicated to spreading any new details the city has as soon as they come available just as they did with the aforementioned post.

ELLIJAY, Ga. – Chamber President/CEO Paige Hutto (formerly Paige Green) spoke with Ellijay City Council Members this week about details that many citizens are seeking regarding the upcoming 4th of July Celebration including the parade and fireworks.

She confirmed that there will not be a parade, but the Chamber will be spending this week in talks with Ellijay Police Chief Edward Lacey for details about safety, social distancing, and options for citizens to view the display. She confirmed with FYN that the fireworks will be launched from the area behind Ellijay Elementary School as normal. However, she mentioned thoughts about finding a way for citizens to view them like a “drive-in” movie theater, staying in vehicles or the bed of a truck to watch.

However, the thought was merely a preliminary thought, as she asserted that more details and discussions must be had with authorities on options and plans.

During the City Council Meeting, Hutto explained that they would be addressing these details more over the coming week and sharing that information with the public.

During the discussion, the council questioned for details on why there would not be a parade. Hutto explained that the original decision not to have a parade was made weeks ago based on Executive Orders from the Governor and the situation at the time. However, as times have changed and more people are returning to social and normal events, there simply was not enough time to plan a parade.

The process takes, typically, four to six weeks to plan and prepare for a parade. Now, as they return to plans for the celebration, the two and a half weeks set up is not sufficient to accomplish the entire process.

In addition to preparation, there were questions of who would assume responsibility for the festivities like a parade, be it the chamber or merchant’s association or another. Ultimately, the focus moving ahead, according to Hutto, is solely focused on putting on the fireworks display for citizens and accomplishing this safely for all involved.