GILMER COUNTY, Ga. – Continuing to build the county’s image for outdoors, hiking, and biking, the Board of Commissioners approved a designation in this month’s meeting as a Benton MacKaye Trail Community.

Post Commissioner Karleen Ferguson spoke to the item saying that not only is there no cost to the county but also a communal benefit would come from additional advertisement for our community. The Benton MacKaye Trail Association looks to organize charitable and educational purposes to construct, maintain and protect the Benton MacKaye Trail and, according to their website, “to inform (by newsletter, brochure, correspondence, guidebook, map, and other means) its members and the general public of opportunities for outdoor recreation and public service; to conduct workshops, seminars and work trips to foster skills in trail construction and maintenance; to promote hiking, camping and a wilderness experience in the Southern Appalachian Mountains; to instill in its members and the general public a conservation ethic.”

Ferguson noted that the Benton MacKaye Trail begins in Gilmer County. Starting on Springer Mountain, which rests on the boarder between Gilmer and Fannin Counties. It then stretches over 300 miles long. In the county’s meeting, Ken Cissna, President of the Benton MacKaye Trail Association, spoke to the board about the project and the many landmarks along the trail including Three Forks, the Toccoa River Suspension Bridge, and  Long Creek Falls among others.

Adding on to the Appalachian Trail Community that Gilmer already has, the new Benton MacKaye Trail Community designation was also reported by Ferguson to be supported by the Gilmer Chamber as well. The board discussed the benefits including inviting more hikers to the area will further encourage those tourists to our local businesses along with purchasing supplies and other items that visitors need.

With the official approval in Thursday’s meeting, Gilmer has officially added the designation in cooperation with the association, which will continue its scheduled minimum of two hikes per month, one of five to eight miles and moderate difficulty as well as a leisurely, shorter, easier hike that may be somewhat slower paced. In addition, more information about the association, the trail itself, conservation efforts, and other scheduled hikes can be found on the Association’s website.

ELLIJAY, Ga. – The crowds have returned and celebrations were in full swing in Ellijay, Georgia, where the Fourth of July concluded with good feelings among those putting on the event. 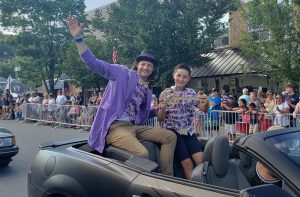 Partnered with the city of Ellijay and the Gilmer Chamber, the Downtown Ellijay Business and Community Association (DEBCA) hosted the Fourth of July celebrations with full returns to classic events and vendors in the downtown parking lot. Tourists and Citizens alike strolled the streets of Downtown Ellijay while listening to music, shopping, and playing games in the area while waiting for the evening to fall.

At 6 p.m., 34 separate groups joined into the annual 4th of July parade up River Street, around the square, and down North Main Street with Steve Dusek as the MC announcing the groups and their floats.

“I felt like we had broken out of COVID cover,” said DEBCA President Pam Burns as she spoke on the large crowd and the festivities. She called it a “really good day” for both Ellijay and Gilmer as she heard reports from visitors to the area, vendors in the celebration, and those who stayed to watch the fireworks that the City of Ellijay hosted. She also noted that the parade’s judges were also visitors to our county. 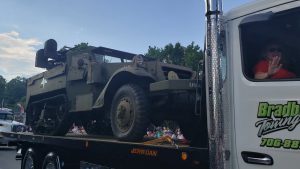 Bradburn Towing won First Place in the commercial category for best float with their army jeep towed on the bed of one of their trucks.

Burns also was a part of last year’s celebrations and noted a distinct increase in the number of people who were involved in the parade and those watching in the streets. Even the parking lot only had enough room for one or two more vendors.

The day saw the return of many usual faces from the community as well as new faces making their splash in the area. From the in-costume reading of the Declaration of Independence to two live renditions of the National Anthem, the day held more than just vendors and parades during its events.

The city also got to meet Dane Spilberg, the first winner of Gumdrop’s Golden Ticket Contest. As the first winner, Spilberg received the Key to the City and was hailed as Grand Marshall alongside Seth Teagarden of the Gumdrop Fun Shop, on River Street, who played Willy Wonka for the parade. Spilberg received the Kay to the City from Ellijay Mayor Al Hoyle who presented the key just before the start of the parade. 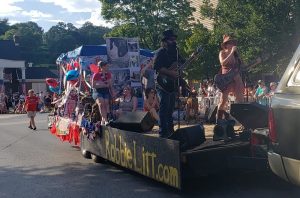 Robbie Litt won first place in the community individuals category of best float with their partnership with the Gilmer Animal Shelter float the provided live music along the entire parade route.

Burns said it was the special efforts of people like Hoyle and volunteers like Mona Lowe and Steve Dusek who helped to make the day a truly special event. DEBCA also hosts other holiday parades downtown, such as the Light Up Ellijay Christmas Parade. Alongside volunteers, these events are brought together. But DEBCA still needs more, according to Burns. She said that at least 20 people could make the events go much smoother and easier. She compared the Fourth of July saying that DEBCA itself hosted five volunteers running throughout the day.

And running through the day herself, making sure everything progressed as normal, it wasn’t until late that evening that Burns said she received her own special moment of the day.

Walking through the downtown area, Burns said she saw people everywhere, on sidewalks, in yards and fields, eating at tables, and all getting ready for the soon to launch fireworks display. It was then, Burns said, that she was overcome with the people and the day. “This is a sense of community,” she said.

EAST ELLIJAY, Ga, – Gilmer Schools are celebrating this week as the Gilmer County Board of Education has been awarded the designation of 2021 Quality Board by the Georgia School Board Association (GSBA).

According to the GSBA, the Board Recognition Program is a 3 tier process to achieve the highest level in board governance. The 3 recognition levels are Quality, Distinguished and Exemplary with Exemplary the highest level. GSBA developed this program to reflect the state standards, which offers school boards additional ways to increase their effectiveness. The State Board of Education developed the state standards for governance that form the foundation for GSBA’s awards and recognition program. 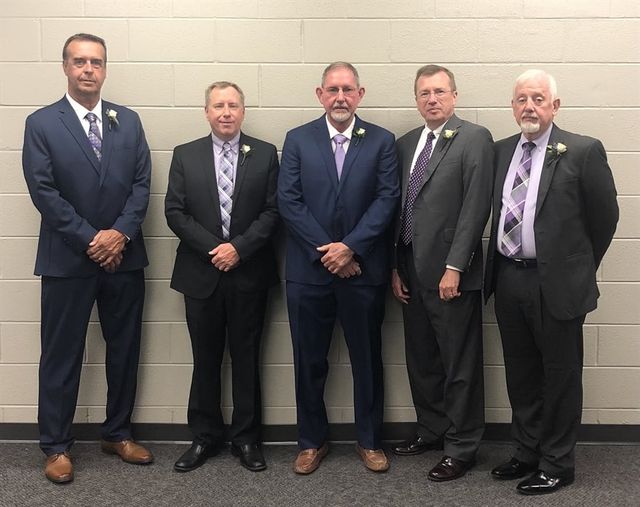 Recognition as a Quality Board requires board members to adhere to specific training requirements and standards of performance. Gilmer Schools said that as a part of the state recognition, the GSBA will be honoring the recipients at the 2021 GSBA/GSSA Annual Conference in Atlanta.

In conjunction with the board attending the annual conference, they also select board members as representatives to attend legal conferences to provide input on state policies and other issues. These are only a couple of the gatherings that the board does as a part of the GSBA. The state requires training, but to achieve each status of recognition in the GSBA, each increasing level requires additional training time.

GCS Superintendent, Dr. Brian Ridley stated “I am very happy to be working with this outstanding board. In my short time with them, I have been very impressed with their willingness to work together as a team for the benefit of our students and I am very proud of their accomplishment.”

In addition to meeting state goals in training and budgeting, the board also must incorporate additional state guidelines into their system. Quality Boards have and utilize a strategic plan while incorporating the Georgia Vision Project, adhering to a minimum of 5 of those state imposed guidelines. Additionally, the GSBA’s website states that the Board must comply with standards of all selected accreditation associations applicable.

This Board Recognition Program requires a high level of commitment from school boards and individual members. The GSBA states, “The ultimate goal is to provide a platform based on governance standards which challenges boards, but creates a culture of success for students and communities.”

This is not the first time that the Gilmer Board of Education has achieved this status, but with annual renewals the board must qualify for the status every year.