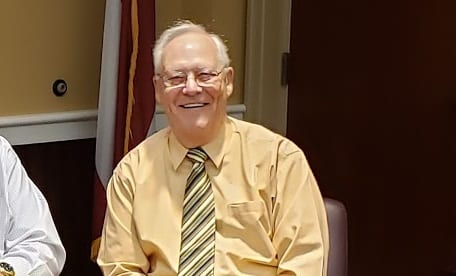 ELLIJAY, Ga. – Before his final meeting with the Gilmer County Board of Commissioners, former Post 1 Commissioner Dallas Miller spoke with FYN to elaborate on his letter of resignation and the timing of his departure from the county.

Miller reiterated his feelings he expressed in his letter saying, “Given my circumstances right now, I am not able or willing to devote the kind of time this position needs and what the people elected me to do.”

Miller did add that his plan was to finish the term originally. But with his house getting an offer and plans to move closer to family, he will be moving sooner than expected.

Miller did elaborate that he has been living with kidney failure since 2008. Being pretty advanced in nature, Miller said Doctors have advised him that the issue cannot continue without more attention. Citing factors like stress and high blood pressure, he said that the Commissioner position is not helping the condition.

However, there is much more to this decision than just health issues. Miller went on to add that his son, who has been overseas for 15 years, is finally home. As his son owns a home in Georgia, the former commissioner said he wanted to be closer to his family to allow time to catch up on his private life.

He added, “I literally put my private life on hold for six years while I’ve been a commissioner, and I need to get some of that back.”

Adding that he wanted people to know it wasn’t a sudden decision, the desire was to finish out the term and proceed with plans then. However, due to the acceleration of plans, he will be moving by the end of September. 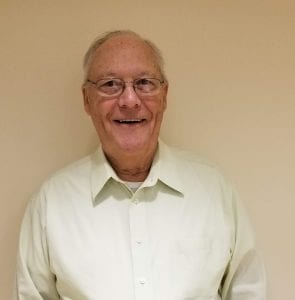 Leaving the position behind, he said he hopes Gilmer continues being financially conservative and protects the rural nature. Miller also said he hopes the commissioners continue to be open to disagreements saying, “That is a big, big positive… That ability to balance things and look at alternatives and look at different approaches. It’s valuable. It’s hugely valuable, and I hope that continues.”

There is always going to be a process, according to Miller. This position grows more complex every year and the “business” environment is continuing to become a larger and larger part of it. “Politics always enters in,” Miller said as he spoke about the neverending work that Commissioners undertake. You always strive to improve and adapt, continuing to reach for the balance for the citizens.

Especially at this time of year, when the board enters budget meetings. He said, “They are so important because they set the whole tone of what you can do and what you can’t do, or what you won’t do. You set the priorities for the county that way. It’s really one of the most important things that, particularly, post commissioners do because we don’t deal with day-to-day stuff so much.”

While Miller said he wouldn’t miss the budget meeting process, the way he speaks on the process and the importance he continued to stress on the issue seems as if the sentiment belies a regretfulness that he steps down before the meetings.

He pointed out some concerns about issues the county faces in the future, but then said,

Having been a part of so many decisions for the county over the years, Miller pointed to involvement in general as one of the biggest parts of the job that he takes with him. He said, “It’s a pleasure and it’s a gratification to know that you have been involved. Just being involved, whether you win, whether you lose, whether you agree or disagree, being involved in your community…It is so gratifying to be able to say I have spent some time working for other people, working for the citizens that elected me and those that didn’t vote for me to try and make life better. That is the reward of being in public service.”