Home / Board of Education / News

EAST ELLIJAY, Ga. – Gilmer County’s Board of Education presented advertising for their 5 year Tax history and a Tentative Millage Rate to seek final approval in August.

Looking back over recent years and comparing to 2020, the digest saw an overall 4.6 percent increase countywide. According to Director of Finance Trina Penland, the county’s exemptions increase by 3 percent as well. Part of the increase came from a senior’s exemption increase of roughly 10 percent.

According to Penland, Gilmer is the only county that has unlimited senior exemptions in the tax digest. But because that exemption is a local exemption, the school still pays taxes to the state on the funds not collected due to the exemption.

The current millage rate sits at 14.248 mills for the Board of Education. As they look at the calculated rollback rate to prevent them from collecting any more that last year, Penland presented the Rollback Rate to the board at 13.963 mills.

If the board does not accept the Rollback Rate, Penland stated they would be collecting an additional $351,000.

Superintendent Dr. Shanna Downs presented her recommendation that the board accept the Rollback Rate, and with a motion and second, the board unanimously approved the rate. 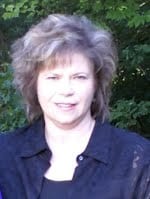 Gilmer County Board of Education’s Director of Finance Trina Penland

Additionally, Board Member Jim Parmer, stated that he appreciated the work that the finance staff and Dr. Downs put in. He went on to say, “Honestly, If we were going to do furlough days, I would say let’s keep our rate. But ya’ll have said you’re not doing that…”

She also noted several rollbacks including one that rolled back more than the recommended rate.

The Rollback Rate will go through the advertisement process and see final approval in August before sending the rate to the Gilmer County Board of Commissioners for their approval alongside their millage rate and implementation into the new tax year.