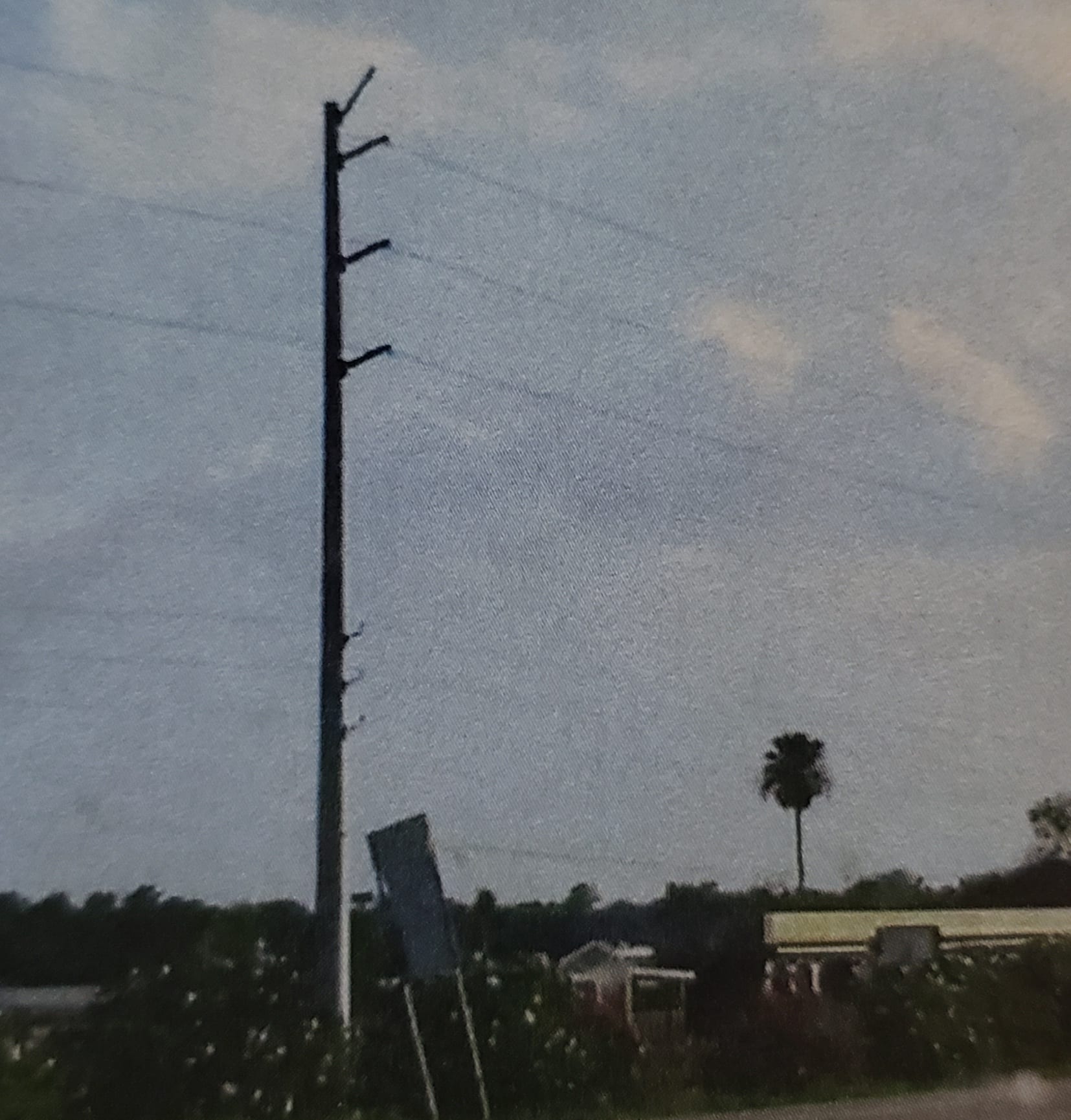 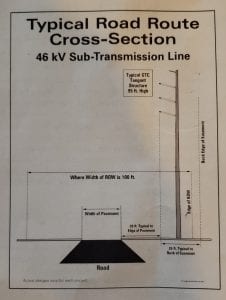 A part of the documentation delivered to citizens at the public meetings, this diagram shows what the new power poles could look like in relation to the road.

Documents provided to citizens during public information meetings say the new line and substation will improve service in the area as another station will provide a second ‘source’ near Whitepath and connecting to the existing #2 Ellijay substation.

Some citizens opposed to the lines are planning to bring the item before the Board of Commissioners next week according to an email sent out. Looking for a large group to join in for discussion, these citizens are hoping to bring concerns to the commissioners. However, it is not clear yet if they will be asking the Commissioners for help in opposing the lines.

According to representatives at the public meetings, the Georgia Transmission Corporation does not need to bring the construction project before the local county commissioners for approval before beginning construction. In fact, their provided documentation states they already have a planned schedule and are currently moving forward with acquisitions for the project. The schedule says that they will start clearing land for the line in 3rd quarter 2021 and construction will begin in 1st quarter 2022. The Corporation hopes to have service on the new lines beginning in the 3rd quarter of 2022.

Additionally, this is not an item on the commissioners’ agenda, but rather a plan by citizens to bring up discussions during the “Citizens Wishing to Speak” item of the meeting. 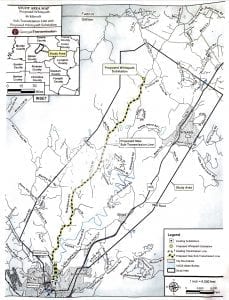 The map was provided by the Georgia Transmission Corporation for the planned path of the Boardtown Road Power Line project.

The project calls for 10 miles of line with “steel and/or concrete poles” that will reach an average of 95 feet high (poles will be between 60 to 112 feet tall. They also require between 25 and 125 feet wide easements.

The $18 million project will begin at Ellijay #2 substation just south of Tabor Street and proceed North and then West before intersecting North Main Street. According to documentation, it will cross the Ellijay River at least two times along its path, following Boardtown Road most of the way.

Some of the concerns already voiced in opposition speak on clear cutting trees and extreme proximity to people’s homes.

Representatives at the meetings said that the Corporation has spoken with railway owners about following the rails, looked at traveling along Highway 515 as alternative path, and even considered burying the cable underground, but were not given permission to use the railway and found Boardtown Road to be the best current option.

According to their statement, “This approach was chosen because it meets the engineering, construction, operational, environmental, schedule, cost, electrical, and reliability requirements of the project.”