East Ellijay, Ga. – A special called meeting of the Gilmer Board of Education was silenced as the personnel section, the only item on the meeting’s agenda, saw Gilmer’s Superintendent of Schools, Dr. Shanna Downs recommend a motion to “accept the Superintendent’s resignation.” 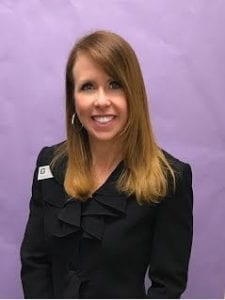 The meeting room was silent as no board member made a motion or even a statement for a few moments. But only a few seconds before the official motion came from Michael Bramlett with a second from Michael Parks. The resignation is effect May 28, 2021.

This means that Dr. Downs will remain with Gilmer Schools through the next two months before officially moving on to her new position. In a statement after the meeting, Downs confirmed that she would be accepting the position of Executive Director of West Goergia RESA (Regional Education Service Agency).

She said it felt like the right time as “It’s a good opportunity, one that I didn’t think would present itself again.” Downs explained that positions like the one she will be taking are not often available.

In her resignation letter, she thanked the school board for the opportunity to serve the community saying, “After 6 years of continued improvement and multiple accomplishments for our students to academic achievement, updated facilities, new buildings, significantly lower millage rates, and strong financial reserves, my time has come to pursue a new endeavor.”

With the resignation set to take effect in May, the board ended their Special Called Meeting in Executive Session with no action anticipated. It was stated that they would be discussing a Superintendent search. The board could have two months to find the new Superintendent and complete the interview and hiring process.

She stated, “Given the recent change to the dynamics of the Board of Education, I believe the timing of my resignation will allow the Board to prepare for the FY22 school year with a candidate selected by the board.”

Downs promised to complete her last two months in Gilmer supporting the board’s mission and vision for the school system.