The college football coaches’ silly season is in full throttle now, which has become increasingly apparent by the headlines of the last forty-eight hours. In that time, four FBS schools have had their head coaches bolt for other positions: Arkansas State, Kent State, Temple, and Wisconsin.
END_OF_DOCUMENT_TOKEN_TO_BE_REPLACED

Welcome back to another edition of the Fetch Football Forum, and as one of my colleagues likes to say, it’s been too long since I last left you. In the time that has passed since the last Forum update, we’ve seen a multitude of big wins, thrilling endings, and embarrassing losses in the college football world, which has led to some fan bases being thrilled with their team’s head coach and others not so much.

Today we look at some of the SEC head coaches that may want to have some boxes handy in their office to pack up their belongings once the inevitable occurs.
END_OF_DOCUMENT_TOKEN_TO_BE_REPLACED

It’s time again for another edition of the Fetch Football Forum. In this week’s edition we’ll take a look at the Dawgs’ domination, the Volunteers’ scare with the Zips, and the running joke that has become the Arkansas Razorbacks. END_OF_DOCUMENT_TOKEN_TO_BE_REPLACED

Week three of the college football season saw several moments in SEC play, including the Tide rolling over the Razorbacks, the Gators taking over in the fourth quarter for the second straight week, and the Wildcats wondering if they should even bother still fielding a football squad. END_OF_DOCUMENT_TOKEN_TO_BE_REPLACED

Another Saturday of football has come and gone, which means it’s time yet again to look at which Southeastern Conference teams skied high and which ones just plain fell flat. END_OF_DOCUMENT_TOKEN_TO_BE_REPLACED

Week 1 of the college football season saw the SEC prevail in the majority of its games, as the conference’s members combined for a 10-3 record in the opening week (It’s important to note that one of those teams that lost—Vanderbilt—faced off with South Carolina). Here’s a recap of each team’s game starting with the school that had the best outing and ending with the team that had a day to forget. END_OF_DOCUMENT_TOKEN_TO_BE_REPLACED

SEC Media Days kicked off yesterday in Hoover, Alabama, allowing media members from across the country to ask questions concerning the upcoming season to the conference’s top head coaches and players.

Although the focus is truly on those who actually play a role on the field and on the sidelines on Saturdays in the fall, a bit of the limelight goes to the sportswriters covering the event, who are always polled in order to predict the conference’s champion. The predictions have been generally off, however, as the media has posted an abysmal 4-16 record in doing so (last correct prediction was Florida in 2008).

With the press being off so much in general in regards to SEC play, I took it upon myself to make up for their miscues and release my own predictions on how the Southeastern Conference will play out this season.
END_OF_DOCUMENT_TOKEN_TO_BE_REPLACED

College football is a sport that for the most part focuses on the team aspect thanks to bowl games and conference championships, but the scope is strengthened to the individual level come December when the Heisman Trophy award is given to the best player in the country. Although the award won’t be presented for another six months, it is never to early to start thinking about players that may have what it takes to hold the stiff-arming statue and call it their own. Here’s a list of ten players that I think have a chance of winning the trophy in the 2012 season. END_OF_DOCUMENT_TOKEN_TO_BE_REPLACED

Today is Sunday, June 17th, which is significant for two reasons: it is Father’s Day, the one day out of the year that we take time to thank our dads for walking us through the other 364 days with very little disruption, and it is exactly 74 days until the 2012 college football season kicks off. With the days quickly winding down, it’s important that the avid fan out there knows what to look out for once the first sets of games get under way in what promises to be another year full of wild upsets, dramatic comebacks, and hilarious head coaching meltdowns. END_OF_DOCUMENT_TOKEN_TO_BE_REPLACED 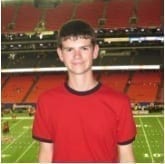 What a difference a day makes. By waiting an extra 24 hours for this week’s Two Minute Drill, we were able to witness and discuss one of the NBA’s greatest players going down with a debilitating injury plus all seven rounds of the 2012 NFL Draft. Without further ado, let’s take a look at the five biggest stories from the week that was: END_OF_DOCUMENT_TOKEN_TO_BE_REPLACED

Welcome back to the Drill. Today is Easter Sunday, so while the kids are outside running after eggs, the guys will be inside talking about the latest news in sports. Here are five stories that you just might hear about today: END_OF_DOCUMENT_TOKEN_TO_BE_REPLACED

Welcome back to the Drill. This week had as many scandals in a span a seven days as possibly ever before in sports history, so let’s take a closer look at the stories that have shook the world of sports at its core: END_OF_DOCUMENT_TOKEN_TO_BE_REPLACED