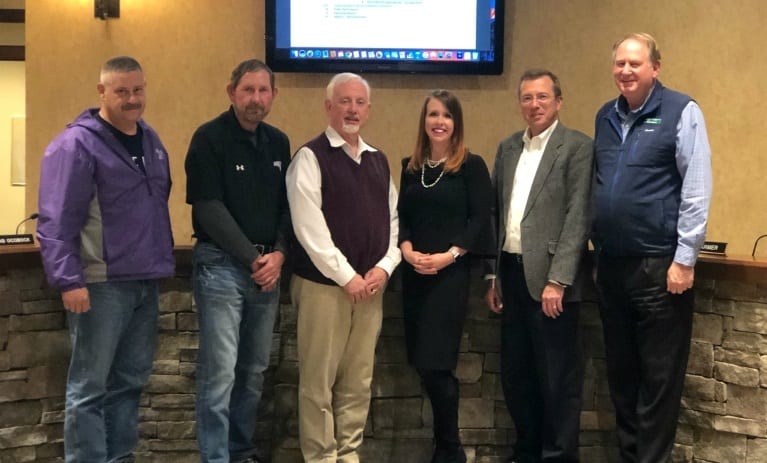 EAST ELLIJAY, Ga. – New bids for fuel and disposal were approved this month by the Gilmer Board of Education in preparation of the coming school year.

Presented during the work-session, the bids sheet shown each bid with the low bids highlighted, which were later approved as the awarded bids for the year. This saw Cherry Log Petroleum awarded with the bid of $9.95/gallon on Motor Oil and $9.96 for antifreeze. Petroleum Traders Corp won the bid for fuel at 0.0174 for Diesel and 0.0314 for ethanol free gasoline. Appalachian Propane won the propane bid at 0.774 per gallon. Scanna Energy won the Natural Gas bid for 12 months at 0.291 per therm. Advanced Disposal won dumpster service at $4,520.56 per month.

The Personnel approvals saw a minor dissent with Board Member Ronald Watkins abstaining from a couple of votes, he said he he didn’t want to vote against these people, but he wanted to see more priority and preference to local people over searching outside the county. He said, “I feel like we have got to take care of our own.” Watkins made special note on the current economy and the difficulty some may find in getting a job. Watkins said that while some may not interview as well, but if they have worked for us, and people vouch for them, then we know what we’re getting.

Pushing for more local preference, Watkins did vote yes on most of the personnel, it was only 2 people that he abstained from. He made sure to say that he wanted it known that he wasn’t against them and, therefore, would not vote no.

A final note, Gilmer may be looking for a spending resolution next month. Though progressing on schedule with the budgeting process during the last few months, the change comes from certain uncertainties in the county and warnings from the state about funding shortages. A comment was made during the meeting that the board may not get full details until July along with the funding. Because of these issues, the budgeting is taking a hit and the board could see major differences in the available funds. It was suggested outside of the meeting that the board may supplement some needs with fund balance, but the school system’s actual response will have to wait for final say from the state before they can make any real plans to cover or cut things.