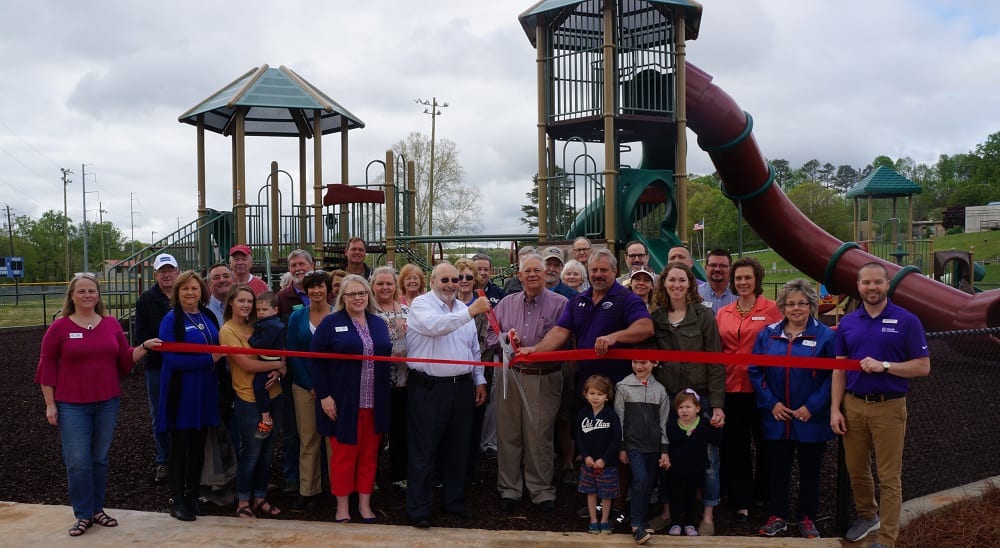 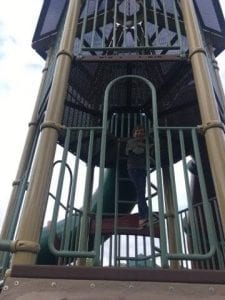 ELLIJAY, Ga. – Officials from both the county and state met today in Gilmer’s River Park to join with the Gilmer Chamber in officially cutting the ribbon on the new playground at River Park.

Gilmer County Commission Chairman Charlie Paris and Post 2 Commissioner Travis Crouch met with Georgia Speaker of the House David Ralston for the event celebrating the work of all parties. “The grant from the state really made it all possible,” said Crouch who added that seeing the county with successes like the new playground gives him a sense of accomplishment after the hard work the Board of Commissioners has put into directing the county over the last four years.

Paris took note at the ceremony to thank Kevan White, Gilmer County Recreation and Parks Department Director, for his vision and direction in the project. Despite the project taking a little longer than originally expected due to weather and unexpected costs, Paris said the park looked “more spectacular than I thought it was going to be.” Paris told FYN the entire playground was White’s vision as he took the main brunt of design and layout for something he could not have imagined. 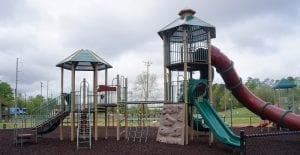 During the ceremony, Speaker Ralston took a moment to say he was proud to have played a small part in the project of the new playground but thanked Chairman Paris and the County for their hard work in making the project a reality, specifically noting White’s leadership role.

Crouch also mentioned a special thanks to the community for their patience in both this project and the county’s progress as a whole. He commented saying, “We had a lot of challenges. I think we’ve turned a corner and are heading in a positive direction on a lot of different 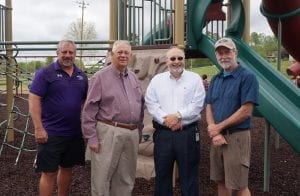 fronts, especially in a financial front. We had to start somewhere, and people have been pretty patient. They’ve understood the situation we’ve had. I feel like progress has been made.”

Paris echoed his sentiments thanking the public for their support and patience in the time up to now as well as in the coming months when the county moves forward on the other projects planned for River Park.

See more details on what’s coming next for the park with FYN’s recent article, “County’s River Park moving closer to upgrades” or check out more photos of the playground as well as a few members of the county enjoying the new equipment on FYN’s Facebook Page.