What’s the rush in Gilmer County for Post Commissioner pay raises? As the issue is moving forward in the Board of Commissioners revolves around three post commissioners, new information has drastically changed how the Board as a whole is attempting to achieve the goal of a raise. 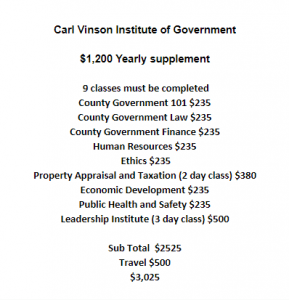 Looking back into recent years, the Administrative Wages stood at $20,685 in 2017. It was then raised in 2018 to $21,083, not an uncommon increase as post commissioner positions gain “Cost of Living” adjustments, certification supplements, or longevity increases.

However, this raise will only increase the Base Pay, everything else is added on after. So it will take what is considered a part-time position as Post Commissioner from $7,125.38 to $14,250.76.

It has been well documented that Post 2 Commissioner Travis Crouch is the one who initiated the conversation about a raise for Post Commissioners. He has said that as he looks at the position on his way out, he did not run for re-election, it is something that he feels should be changed. The final agreed amount seemed to fall at doubling the base pay of the position, from 10% of the chairman’s salary to 20%.

When it was originally brought up, the idea was to handle the change by “home rule.” This means that the Board would change its own charter, and it would hold meetings where citizens could speak and comment on their thoughts about the change. Then the board would approve or not approve the change. If approved, the change would take effect at the next election cycle.

The catch came when County Attorney David Clark informed the Board at a later meeting that such a change would have had to be done before qualifying. This was a time when Crouch said he was unsure if he would run again or not.

However, since this revelation, the county has not decided to move forward with the change to take effect for the next election cycle. They have instead pushed straight for a local legislation answer to the issue by sending it to Atlanta to be approved by the state in their earl 2019 legislative session.

However, if this happens, it will not only push away the opportunity for a public hearing and opinions by locals on the issue as the county’s charter demands, it will also take immediate effect as soon as the Governor signs the bill. It will also take effect for BOTH post commissioner positions instead of just one.

This means the current Board of Commissioners is attempting to rush ahead with an idea that was only raised a little over a month ago through the fastest option possible instead of following their own charter and their own rules to let the home rule change take effect on the next cycle. Why? 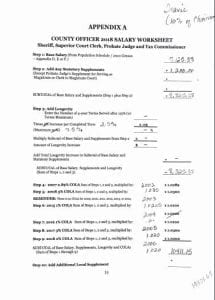 The argument was also made that these people aren’t paying attention to what they make annually, instead running for the benefit of the county. Yet, in their public meetings, Attorney David Clark openly said the pay increase would entice more people and more qualified people to the position as he likened it to that of management of a $20 million company.

Additionally, this raise further seems to be only fueled by the idea that it makes the position more attractive and “worth it” as their is no apparent changes in the responsibilities or duties of the Post Commissioner.

Is that a good reason to raise the position’s pay? That is for citizens to decide instead of state legislators.

If this is sent to the state legislation instead of handled at the county level, it also introduces a fault in the law of the county. As it is stated that a candidate should pay 3% of the Post Commissioner annual salary as a qualifying fee. Changing through state legislation puts these people outside of the county’s law as they did not pay the expected 3%.

Yes the Post 1 Commissioner (Dallas Miller) has spent close to two years in the position being paid what he qualified for with the 3%, but the Post 2 Commissioner Elect (Karleen Ferguson) will likely only spend 6 months in office before her salary doubles. The “6 months” comes from estimations from county officials that the Governor may not even sign the bill, if approved, until June or July. Regardless, that is a Post 2 Commissioner spending the vast majority of her term at double the salary that she “qualified” for. 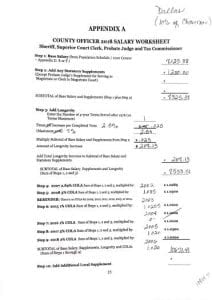 Put aside the people, put aside the question of if the raise should happen or not. The real question is why the Board is so bent on pushing this change through as fast as possible.

Breaking down the options is easy.

Home Rule requires a time frame before qualifying, requires all advertisements and public hearings necessary for changing the county’s charter, and doesn’t take effect until the position is up for election again.

Local Legislation is done in the next three months, is only required to spread the information of the change through state level requirements, and takes effects for all parties immediately.

Why does the Board not move forward with a suggested change to its charter or ordinances as it should, and as it has with many of its other changes including the River Regulations, Land Ordinance changes, and even its annual budgets.