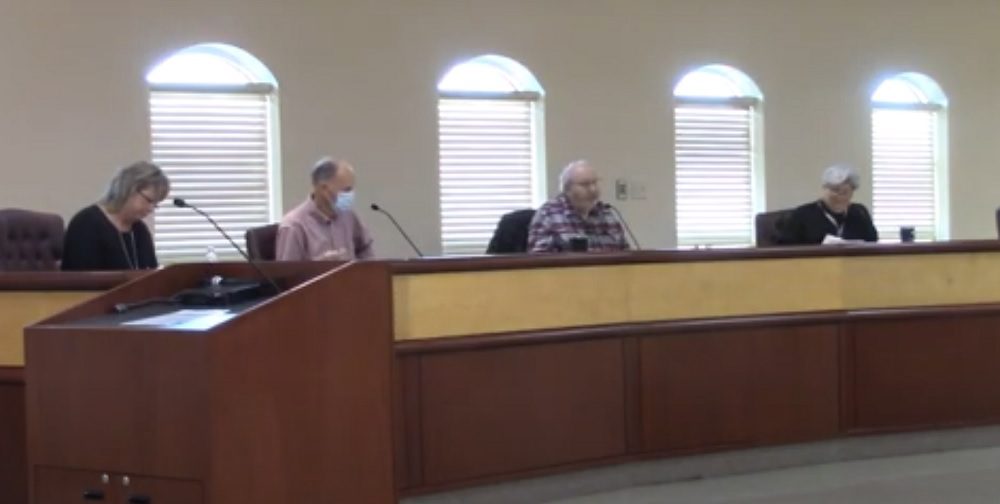 ELLIJAY, Ga. – Today saw the official approval of Gilmer County‘s 2022 budget with a special called meeting that is the first meeting of 2022 for the board.

An increase over last years budget, in December of 2020, the board held a nearly $26 million budget not including bond debt or capital expenditures. The approval came with a motion from Chairman Paris, a second from Post Commissioner Hubert Parker, and a unanimous vote for approval. 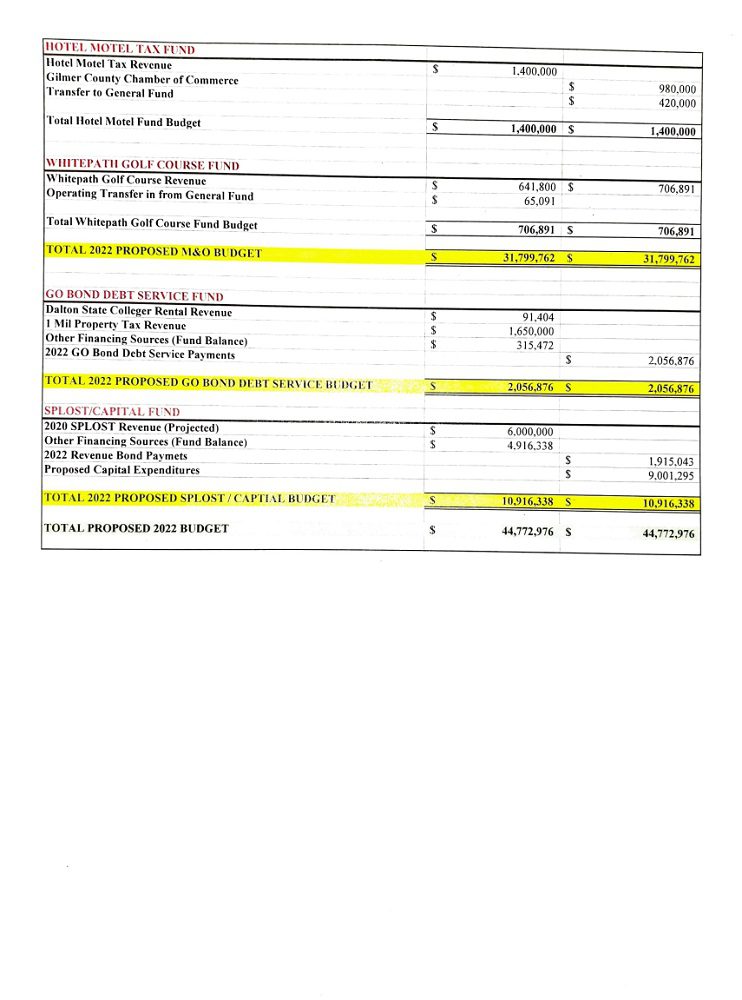 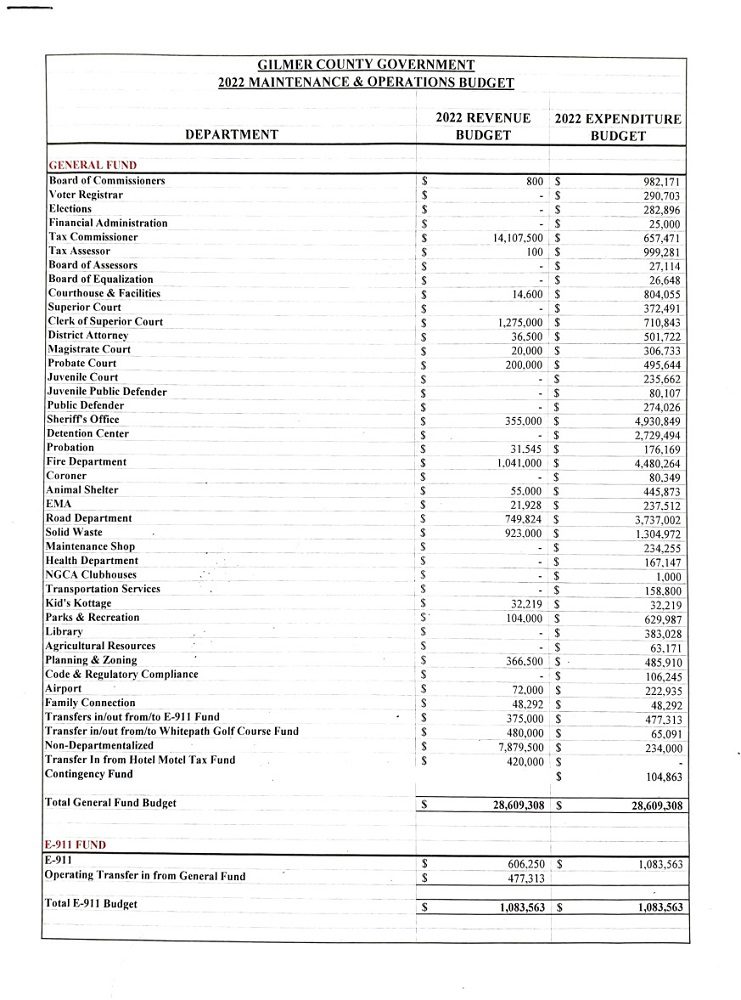 There were a few last minute changes made in recent weeks, each department’s overall break down within the total budget is pictured to the right. The process continues as each department could fluctuate minor expenditure swaps and changes as long as no change to the overall budget is made.

As the county moves into the new year, the budget also includes increases for elections as the county will see several offices open for qualification in March including two BOC seats, Chairman and Post 2 Commissioners. Current Post 2 Commissioner Karleen Ferguson has announced she will not run, but others have announced they will. Despite announcements no official campaign begins until candidates have completed qualification.

This is especially important as the county revisits the Comprehensive Plan this year in hopes of answering needs for housing and concerns for overdevelopment of the county, two major issues within the community right now. the current board will be setting the plan with, as of now, at least one new member coming next year.