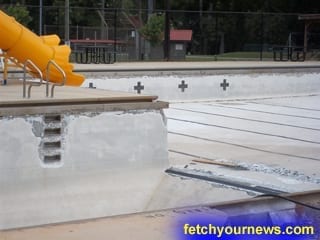 ELLIJAY, Ga. – After a recent announcement to keep Gilmer’s Community Pool closed this year, the Board of Commissioners are entering talks to revisit the Capital Budget for 2019 in attempts to expedite construction of a new pool.

Gilmer County Board of Commissioners Chairman Charlie Paris likened the current situation with the pool to “Russian Roulette” saying, “Spin the cylinder and pull the trigger, odds are you’re going to be fine. The problem is when that one time comes up that you’re not fine, the results are so devastating that you just don’t do it to begin with.” Paris said he would not take the risk or endanger citizens and children who might use the pool.

Paris has told FYN in a previous conversation that he would almost be willing to have the county put up with the costs of the water loss in order to keep a pool for citizens if not for the danger of a hole.

During their May meetings, the commissioners began looking a budget amendments in capital projects for the county to expedite the plan that was put in place two years ago.

This plan was collecting money on an annual basis to fix the community’s pool issues by building a new facility. However, the current escalation of issues with the current pool will not wait for that plan to come to fruition in 2020. Instead, Paris wants to speed up the process with these amendments to add an extra $300,000 to the pool project this year. This adds onto the already saved $600,000 total from this year and last year. The board will use this $900,000 to begin engineering work, plans, and preparations for the pool while next year’s budget plans to also have $300,000 will finish the project by Memorial Day, opening day for the pool season, of 2020.

The board did not come to an agreement on amendments this month, however, as Post 1 Commissioner Dallas Miller requested more time to study and look into the plans and the budget.

Now, the board is set to host an additional Special Called Meeting on May 20 at 6:00 p.m. On the agenda for the meeting is one item:

1. Discussion and possible action on Budget Amendments for Pool Funding

It seems at this time that the board is planning to move forward with the proposal to expedite the construction as the discussions are expected to focus on budget amendments. However, Miller has already noted in their Work Session that he did not see the pool as “an acceptable priority.”

Not only has Paris put forth the proposal for funding of a new pool, but he along with Parks and Recreation Department Head Kevan White, have put forth a basic plan for a facility to be added on later. This plan will eventually enclose the pool for an indoor facility. Add on an outdoor zero-entry water play pool, four basketball courts, and have potential for more additions later. However, Paris said he would have it engineered and planned to have the pool built now, with plans to continue saving and building on the extra additions later.

The budget discussion are simply the first step before the county would discuss and finalize what they want the final facility to include. Then they would go forward with stages of construction projects. It all begins Monday with a board decision on what to amend in the budget for the pool or if they even do want to move forward with the proposal. 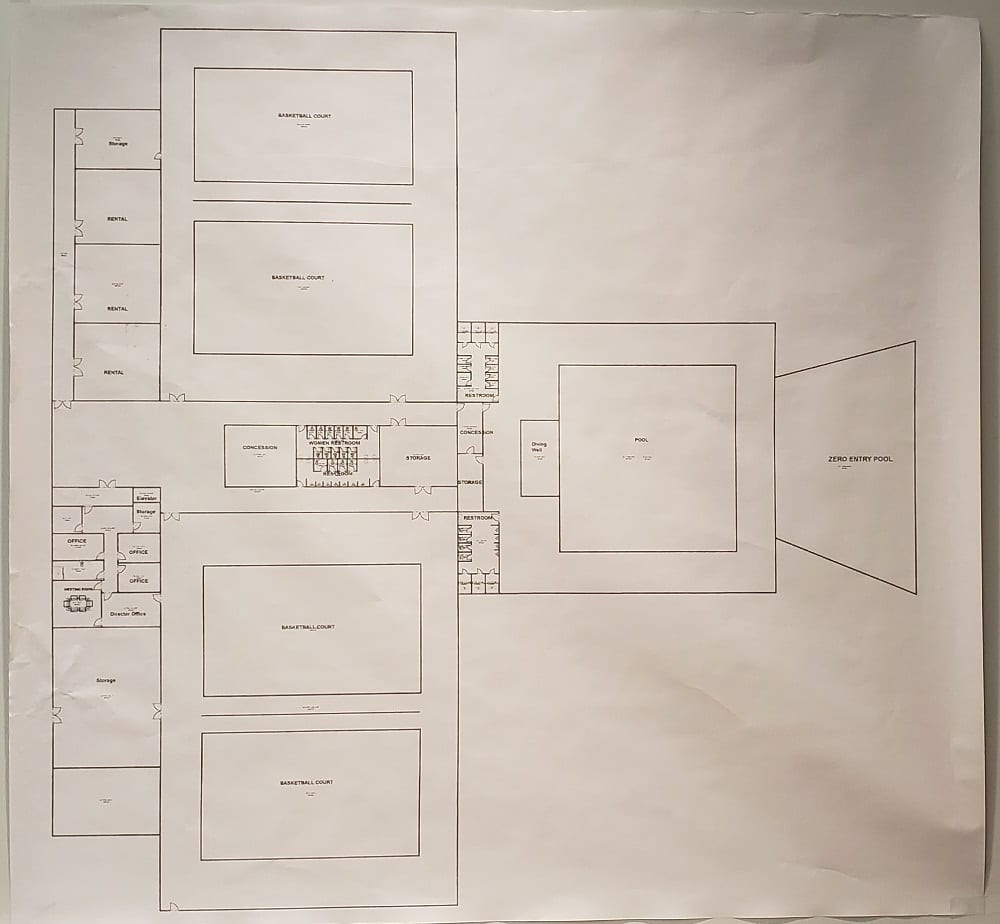