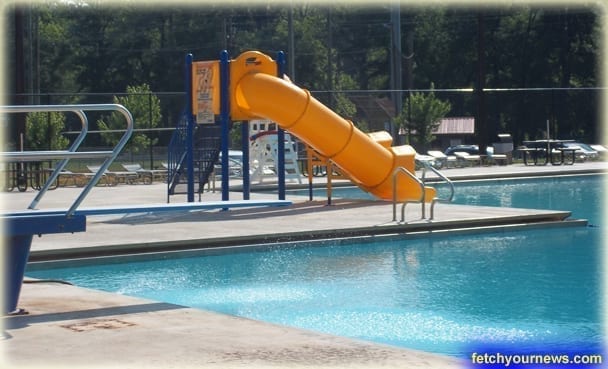 ELLIJAY, Ga. – Confirmed reports indicate that due to a high volume of water loss, Gilmer County Board of Commissioners (BOC) Chairman Charlie Paris has decided to keep the county’s public pool closed this year.

Paris told FYN that the decision was made after county authorities tested the pool and began preparations for the summer season. It was discovered that the pool’s leak, which the county has dealt with for years now, has worsened. He said that the pool is leaking about 5,000 gallons of water a day with nothing running. However, when they turned on the water pumps and systems, that amount increased to roughly 22,000 gallons of water a day. Paris said they expect to lose over 1.5 million gallons of water over the three month season if they were to remain open.

This translates to the water level of the pool dropping by six and a half inches every single day that they are open to the public and a possibly needing refilling several times a day with public use.

A 2015 inspection of the pool for leaks and voids by Ground Penetrating Radar Systems representative Jeff DeHart.

Paris noted that even more important to him than the costs and maintenance, he is concerned about where the water is going. He noted an inspection the county had done with Ground Penetrating Radar in 2015 which found two leak areas, but no major issues of voids or spaces where all the water could be going. Paris said this week that the only place not checked by the radar or other investigations is under the pool. His biggest concern now is that pushing 22,000 gallons of water a day into the ground could lead to failure in the pool bottom and collapse into a large void below.

Paris said he has discussed the issue with Parks and Recreation Director Kevan White who said that a collapse like that is not unheard of and, in fact, a very real possibility.

Paris went on to say that while he felt it necessary to keep the pool closed, he does understand how much value and importance the county’s citizens place on having a public pool. As such, Paris pointed out that the last two year’s budgets have set aside $300,000 each for the county to save towards the pool. This has been done with the expectation that the current pool would eventually become unsustainable.

Paris said that his plan now is to expedite the process as the issue has “come to a head.” The original plan was to begin construction on the new pool in 2021. However, now, Paris wants to have the construction project completed by the beginning of the pool’s season in 2020, one year from now. He did note that if it could not be completed by opening day, then he would open it as soon as the project completed. 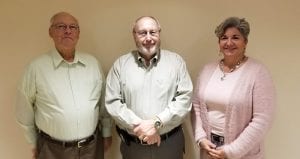 The catch is that this plan will require the Board of Commissioners to return again to their 2019 budget and look at amendments and a reallocation  of funds for the project. Changing the budget is a Board decision. Paris asserted that his plans and hopes were his own, and he will have to bring the subject before the board as a whole to decide on funding and budget changes. The subject is sure to arise in tomorrow’s, May 8, work session for the Gilmer County BOC.

Citizens have already noted their desire for a new pool numerous times. In 2015, citizens spoke in the BOC May meeting with many asking for a new facility and local Amy Woodring even offered a petition of over 80 families asking for such. In 2016, citizens again returned with members of the Three Rivers Athletics Club looking to upgrade the current pool with a “bubble top” that could then be moved to a new pool.

Despite the years of public support, as the subject comes to this month’s meeting, discussion will adjust away from the established desire of a new pool, and on to the financial resources available to fund the project. Citizens have already split on the issue with some wanting the county to push forward while others are hesitant to look at more financial adjustments before the county has even reached the year’s midpoint. During the 2015 meetings, some citizens even suggested the county look at possible funding from the school system as it would support a swim team and athletics there.

No clear picture on the path forward will be available until the commissioners discuss the issue during their two meetings this week, the Work Session on May 8 at 9 a.m. and the Regular Session on May 9 at 6 p.m., at the courthouse, 1 Broad Street in Ellijay. As always, these meetings are open to the public and time is available for citizen’s input at each meeting.