ELLIJAY, Ga. – Gilmer County is moving into the final stages of its budget process as official approval for the advertisement of the 2020 budget came in November.

Coming from the original proposals and requests for each department, the county has cut more than a million dollars to achieve the budget’s current form. Now, with approval to advertise, the county will look to adopt the budget in December, just in time for the start of the 2020 calendar year.

With the board now back to its original three-person format, no resurgence in the budget has come from newly elected Post Commissioner Hubert Parker who was present for most of those original budget meetings as a citizen after qualifying for the election.

November itself saw one last hurdle as the board looked for its last few cuts to balance the budget, considering a smaller contingency fund to make up the difference.

The final form is being advertised as thus: 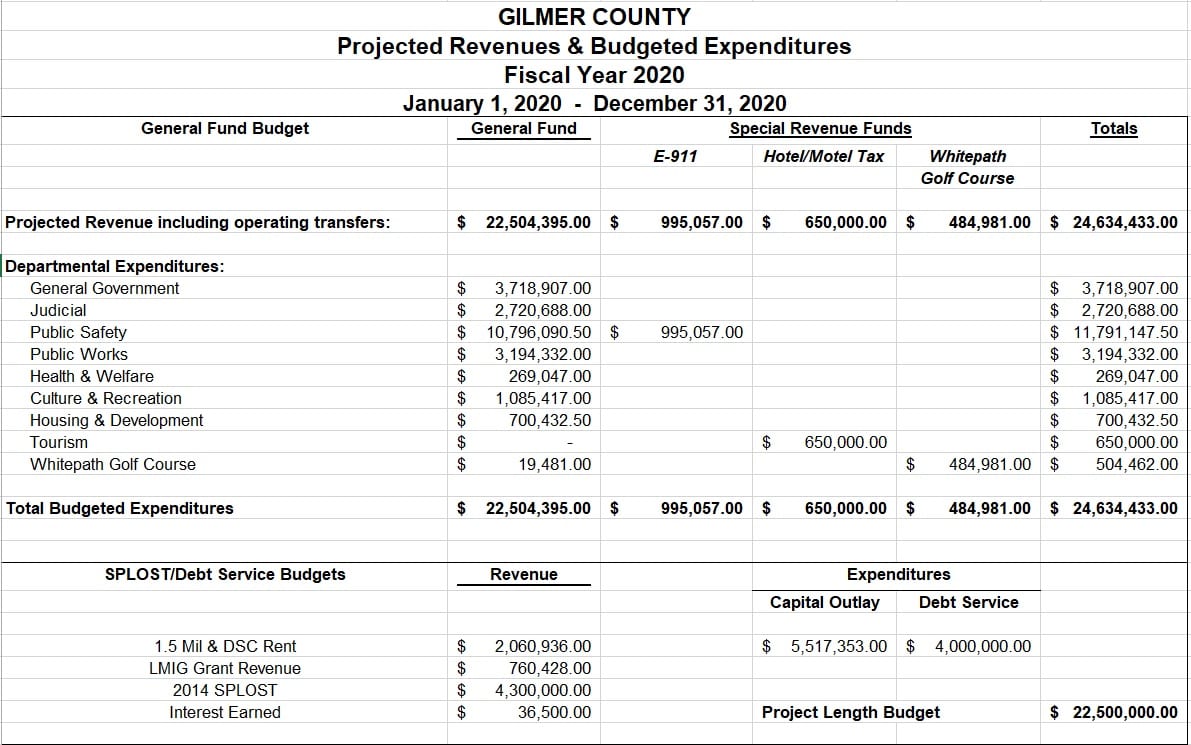 One item not included in the budget as advertised was raised in recent talks over roads and bridges with citizens where the BOC put forth the idea of a TSPLOST for the county to answer citizen concerns over road issues.

The budget is set to advertise through the beginning of December, citizens can comment on the budget during December’s regular meetings at 9 a.m. on Wednesday, December 11, 2019, and 6 p.m. on Thursday, December 12, 2019.